The Bottom-up Budgeting approach is guided by three (3) principles: convergence, participation, and empowerment. Civil society organizations take active roles in the community by articulating their needs to the government and determining what projects are urgent and responsive to their needs.

BUB continues to serve as a platform for engagements between the civil society organizations representing the voices of marginalized sectors and the government in a participatory planning process and implementation.

The Cagayan de Oro Federation of Persons with Disabilities (CAFEDPA) started operating in 2006 with the aim to be a primary organization for CdeO’s PWD community. It does not only magnify the rights of the PWDs, but it aims to strengthen the support system for people with the same condition. With the efforts of Mila Maquiling, the current head of the city government’s Persons with Disabilities Affairs Office, CAFEDPA was formally recognized by the Security and Exchange Commissions in 2008.

The non-government organization’s projects involved scholarship grants for PWD students in the city and the distribution of assistive devices (wheelchairs, canes, etc) to PWDs in disaster-affected areas. It also initiates city-wide celebration for PWDs such as the National Disability Prevention and Rehabilitation which falls in the 2nd week of June as well as the International Disability Day on December 3.

Along with Metrobank’s funding for the scholarship and an international agency’s aid for the assistive devices in the aftermath of tropical storm Sendong in 2011, the Bottom-up Budgeting (BUB) program has also nurtured the labors of the members and its leaders to fully implement their advocacy and empower CdeO’s PWD community through education and physical aid.

Incumbent CAFEDPA President Maria Liza Corpuz cited membership growth as one of the prevailing challenges that the organization encounters. Recalling from her own experience when she was once a City Information Officer, she claims that the sense of inferiority among PWDs causes this challenge, particularly among well-to-do families with PWDs in their household who are not open to allow them to be part of the organization due to stigma. 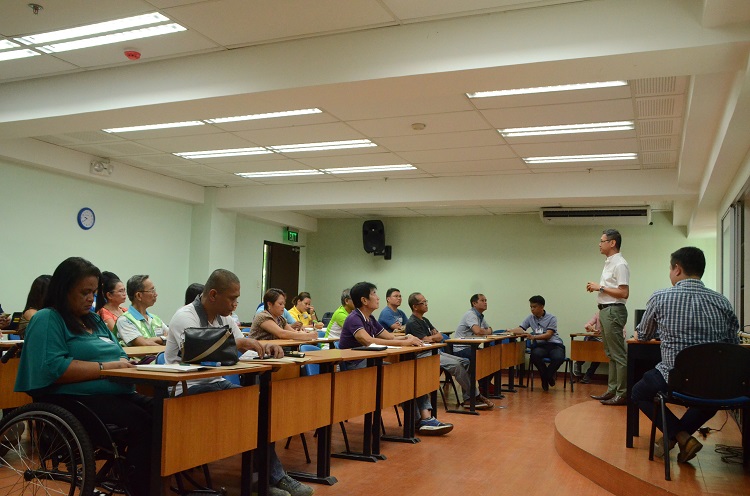 ACTIVE PWDs. Cagayan de Oro Federation of Persons with Disabilities (CAFEDPA) is one of the active groups in capacity-building initiatives. Photo by Alex Belen.

The lack of education and credentials is also a factor that discourages PWD members to be the next leaders of the organization. This is because no direct opportunities for academic endeavors are equally distributed among PWDs. She shared that to become a leader of the organization, one must be familiar with the process of coming up with a project proposal and actively engage with the funders.

Although CAFEDPA has existed for a decade, some PWD organizations did not fare well when it comes to sustaining their advocacy. This leads to the discouraging factor of inferiority.

However, these challenges have been continually overcome by the funds provided by private organizations such as Metrobank to support the scholarship for PWD students, as well as the city government’s BUB.

According to Corpuz, key lessons gained from the organization’s achievements and drawbacks highlighted the importance of private and public collaboration for their advocacies. Exemplifying the funds donated by Metrobank along with the city government’s BUB process, the scholarship grants opportunity for PWDs to learn and acquire education which, as Corpuz hopes, encourages them to be the organization’s next leaders.

Physical manifestations such as assistive devices should also be a priority to be given to PWDs in the aftermath of calamities.

A community becomes more empowered when laws are introduced and are learned from. Corpuz opined that in order for the people – PWDs or not – to be familiar with their rights, they must acquire basic knowledge of the laws which encapsulate and advocate for them. But in order for them to gain knowledge, they must be provided with education which the organization has been granting with their scholarship.

More collaborations by the LGUs and private sectors must transpire that will lead to effective results that could sustain in a long timeframe. The funds may be present, but the implementation requires impassioned collaborations so they can be used for the good of the benefactors. ∎ Story by Angelo Lorenzo

The Oro Youth Development Council (OYDC) stems from its roots in December 2012 with the former Kagay-anon for Good Governance (KGG) taking part in the coalition force conducting voters’ education seminars, along with their association with one mayoral candidate during the midterm elections.

The first youth-led council in Cagayan de Oro, it built its foundation within the city government’s ground when present CdeO Mayor Oscar Moreno signed its ordinance two years later, under the leadership of then-law student (now a lawyer) Ernesto Neri and the collective efforts of his constituents.

Currently, it is composed of 15 organizations, comprising of respective representatives with countless volunteers each year, and leads and conducts civil engagements targeted towards the youth and children in CdeO (but were also done with the supervision of adults holding key roles in the LGU). Primarily upholding volunteerism, its volunteers range from students and young professionals participating in projects and programs that have since led to fruition. However, certain challenges are still encountered.

OYDC has focused on the concerns of minors’ welfare and rights in the city, particularly those under the clutches of the law and penalties. For two years, the council has been searching for the city’s most child-friendly police station with certain qualifications. Last year, the council’s findings resulted to the Agora Police Station as the law enforcers’ establishment which has services and design that appealed most to underage delinquents. The factors that the council has considered included the station’s infrastructure, interior design, and most importantly, the handling of police to minors (both victims of crimes or those involved). Inspections were also done with interviews and checking lists on sheets and survey forms, as well as scrutinizing the station’s interior (with the approval of the police).

However, limitations have obscured some police stations to achieve the title. While some stations have improved in terms of equipment and design, as some have added toys and painted their walls; other stations considered location as a drawback. The Cogon Police Station, for example, is located within the market, and despite knowing the council’s search, the station cannot undergo reconstruction because it is part of a bigger structure.

Another project that magnifies OYDC’s endeavors is the legalization and the implementation of the Oro Youth Code. The OYC presents certain guidelines that present the role of the youth belonging to any social and economic background in the city. As the 1987 Constitution only mentions the youth group (15 to 30 years old) belonging to the general population, the OYC emphasizes the responsibilities of the youth for their community, especially those in leadership. The Code also enumerates the duties of the representatives and volunteers in OYDC.

While leadership inculcates the concept of the Code, another program grants opportunities for education. Just this year, the Summer Program for Employment Students (SPES) has provided night school courses for their applicants. The 120 recipients that were designated to the Oro Youth underwent educational programs and leadership tracks, the latter of which had been in collaboration with the Xavier University – Governance and Leadership Institute (XU-GLI). During the Oro Youth Day of Action last May, participants were exposed to various activities such as compiling the budget report in Barangay Lapasan and feeding programs.

While youth civil engagements and governance participation among its members have since been the success indicators of OYDC, certain challenges of apathy, bureaucracy and the continuation of the pioneers’ legacy are seemingly drawing some of them back, but at the same time, pulling them together by overcoming them.

Based on a recent research the OYDC conducted among 1,229 respondents, 7 out of 10 young people have never attended a barangay assembly, while 60% of participants comprise no direct knowledge of a youth task force in relation to the barangay. The concern revolves around the need for the OYDC to raise the demands for the youth in the community – or at least a large number of them – to join and take part in civic engagements.

Politics and bureaucracy, which often hinder government processes, also contribute to the factor that discourages the council to accomplish certain projects. To mention one is the lack of interest their adult counterparts have over the council’s vision. The turnover also poses a challenge because, like a school, OYDC trains and exposes batches of volunteers for a year to civic engagements. Since those who have been active in the council for years since it started will not be part of the youth age group for long, continuing the legacy with the same drive and energy that the predecessors and founders possess will require new members to fill in bigger shoes so similar steps can be taken to continue to the path. 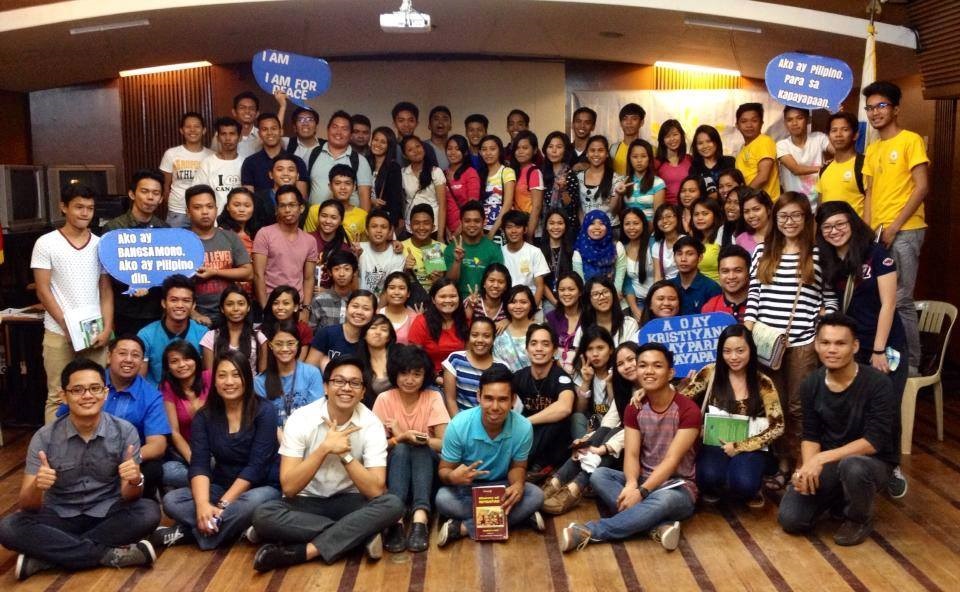 To overcome these challenges, OYDC prefers to weave partnerships with neutral institutions that hold no political colors and may introduce their plans to their community. Academic institutions like Xavier University – Ateneo de Cagayan, help broaden the network and encourage students to take an active part in civic engagements so those who have ideas to share as well as the same passion for governance, leadership, and voluntary work will find their place in the OYDC.

With OYDC’s three-year experience, the realization comes from building good relationships with people in the city hall, most importantly those who hold the duties and responsibilities to allow implementation and approve plans and regulations. Taking no political side will help with the neutrality, but stances and views will remain steadfast, particularly the ones which concern the youth.

The sense of youth empowerment which OYDC provides to its juvenile volunteers and leaders will further encourage participation which could combat the culture of apathy and inspire other youths in the community to take part, give their fair share of ideas, and conceptualize plans and ways to implement them in a collective endeavor.

It is the Chairman’s undying hope for the council to be institutionalized, and along with this prospect is the possibility for OYDC to fully become an establishment set by the city government where there would be a secretariat and an office. With the same mission, it handles youth affairs in the city and drives civic affairs with community efforts.

But collective action does not only limit to the youth participants but should also come from those in authority of age and position. One recommendation cites the change of mindsets among elected leaders to consider the initiatives of the youth and not relate them singularly to a political party.

OYDC anticipates for its scholarship clause to provide a “basket of opportunities” to the youth who are willing to be enrolled in a school but do not have the economic means. Along with this is a surging streamline of activities soon-to-be conducted by its volunteers such as the anti-cyberbullying caravan, the search for the most outstanding task force in the city, and further trainings for student government in public high schools.∎ Story by Angelo Lorenzo