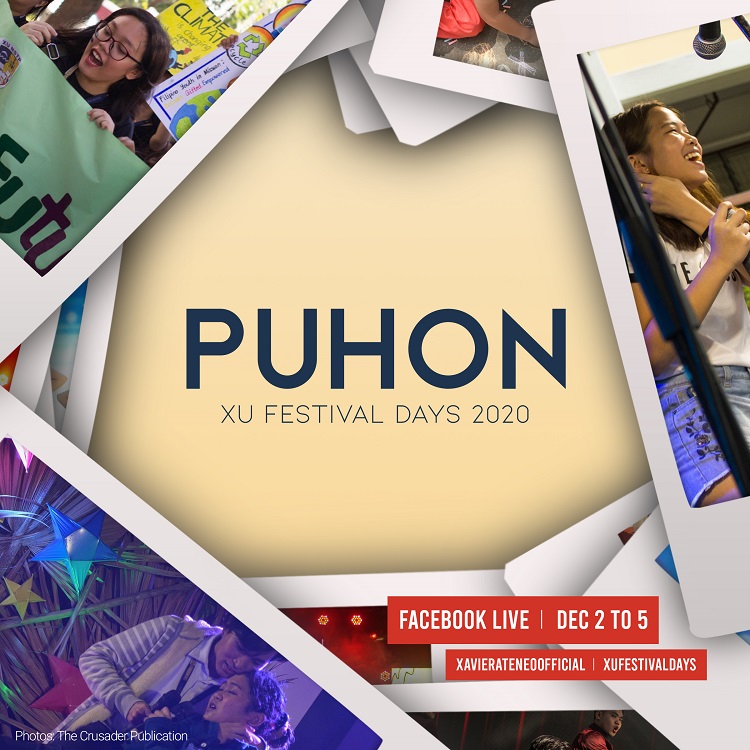 For years and decades, folks from within the Xavier University community and beyond have taken in the annual Festival Days. Booths, parallel events, and gimmicks, for people of all ages and backgrounds, surrounded by music and lights: these have been parts and parcel of what it means to honor the feast day of St. Francis Xavier, the patron saint of the University, and of how Xavier Ateneo’s way to celebrate is of cultural significance among Kagay-anons.

In recent years, 2015 has hailed the University as “Our Common Home,” while 2016 has considered it as the place to “Experience Excellence,” the latter of which has been echoed in the 2017 slogan “Explore, Excel, Experience.” By 2018, Xavier Ateneo celebrated its 85th year, placing importance on “Weaving [Its] Story” since 1933, the year of establishment, whereas in 2019, the same story was told, this time by the lenses of generations that have come and gone from its guidance and formation—simply put, “XU is You!” These themes have been felt without fail in the physical spaces of the Main Campus, shared among thousands, under one festive consciousness.

This year, from December 2–5, XUFD 2020 will focus on puhon, a word from Binisaya, the predominant language of Cagayan de Oro. As explained in the event’s Facebook page, “[the word] gives a reassuring feeling that things will happen in God’s perfect time.” When one uses “puhon,” they entrust everything to Him. Similarly, the emphasis of the word by Xavier Ateneo is all about its fate being under His mercy. The theme highlights the University’s ever-dependent faith on God’s word and will, and promotes to everyone that “we can only trust for [His] love to fill us and hope to feel the bliss again.”

For health and safety reasons, XUFD 2020 will not be held on campus but will instead be online. In addition, and in the spirit of generosity, the event will be mainly about generating funds to support the flexible learning needs of the XU students and for the University’s Tabang Luzon efforts, while putting out online programs that people should watch out for and gimmicks that they can participate in. Through the fundraising initiative, collaborative efforts are expected, and encouraged for the benefactors, as a way for them to gain back their normalcy (or, rather, to gain something that is even better than normal). As for the online programs and gimmicks, all will be revealed in the following days on XUFD’s social media pages, especially its Facebook page (https://www.facebook.com/XUFestivalDays).

In spite of things beyond control, the life and essence of the XU Festival Days will remain shared this 2020 among thousands and thousands more, under one hopeful consciousness: the consciousness of puhon.