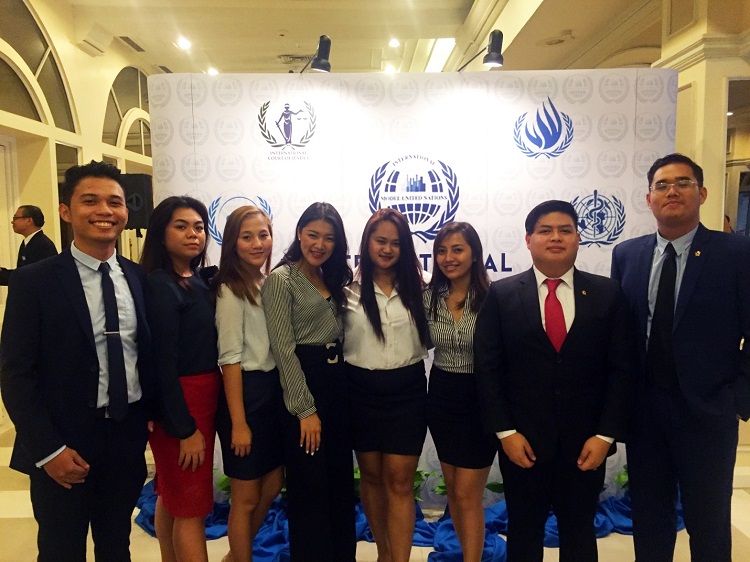 BANGKOK, Thailand — The first session of the International Model United Nations (IMUN) this year was held from June 1 to 3 in Bangkok, Thailand, in partnership with the Australian Embassy and other organizations dedicated to conducting MUNs for aspiring student leaders.

Eight fourth-year AB International Studies students from Xavier University - Ateneo de Cagayan participated in the said IMUN. Each of them was designated to represent a nation-state in the different councils of the United Nations.

"Model United Nations" is an academic platform where young leaders are introduced to diplomacy, discourse, and resolution writing through a formal simulation based on actual proceedings done in the United Nations.

The first day of the event featured speeches from IMUN secretary-general Mohneesh Bhardwaj, Ambassador of Goodwill from Kosovo Elvana Shala, and other chairpersons and special guests coming from Jordan, Pakistan, India, Malaysia, and Indonesia.

The second day was exclusively dedicated to a formal session following the Harvard MUN protocol. Heated debates dominated the proceedings as delegates exchanged their foreign policies and tried to convince one another to vote for their resolution.

Topics such as human rights violations, maritime disputes, violations of international law, and adherence to international environment treaties were discussed thoroughly allowing delegates to present critical analysis on the issues while learning what other delegates have to say about the agenda.

“The conference will truly develop the way you relate with others, may it be in the way of debating with them or through the way you converse with them in the manner of your writing, body language, and the conduct you use in the session," said XU student Abdul Rashid Balindong who represented Canada in the model-UNHRC.

This is not the first time that students from Xavier Ateneo served as delegates in IMUNs. Last year, Int'l Studies student Kristina Cassandra Lacson attended the Asia World Model United Nations in Malaysia.

Locally, the first XU-MUN was held in February 2018 as the highlight of the International Studies Festival Week. Int'l Studies students are known to be avid fans of UN simulations, either conducted locally or abroad. The said activity also forms part of their course curriculum.

“It’s actually a new experience for me to participate in this international gathering," shared Khezia Llutch Paz who assumed a role in the model-ICJ. "It’s challenging and exciting at the same time given the overwhelming number of the delegates.”

The delegates, nearly 200 in total, drew together on IMUN's third and last day to celebrate the cultural diversity of the participants coming from 25 countries.

During the closing ceremony, IMUN awarded five outstanding delegates from each council. Xavier Ateneo student Yzander Gillegao was given an Honorable Mention award as the delegate of the UK in the model-UNHRC.

The IMUN organizers are planning to hold the second session in the Philippines.∎