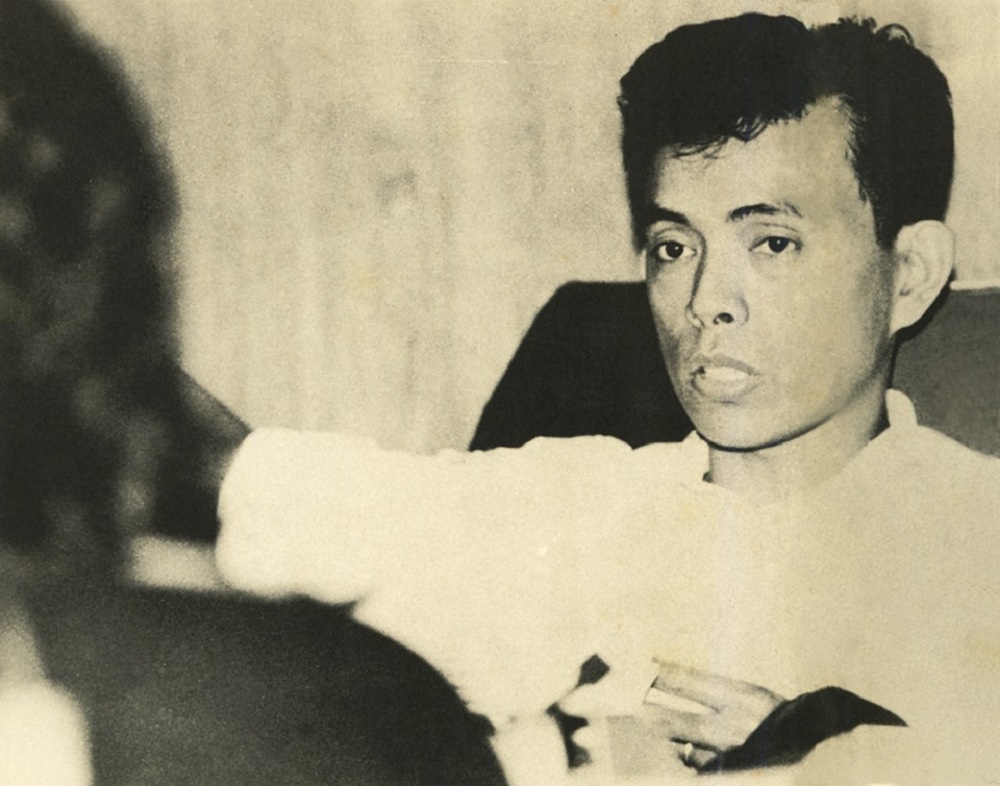 NENE PIMENTEL. Nene Pimentel at 34 years old as the dean of the XU College of Law in 1967. Photo source: Xavier '67 Yearbook.

(NOTE: We are bringing back this vignette on Cagayan de Oro’s beloved statesman first published in Business World back in 2006 as our tribute to his heritage to us, journalists in the Cagayan de Oro Press Club, where he was a member for life. Words by Mike Baños. Republished with permission.)

CAGAYAN DE ORO CITY, Philippines – Even before he was cutting his teeth as a lawyer and teacher, Aquilino Q. Pimentel Jr., without question one of this City of Golden Friendship's Golden Boys, started out as a cub reporter for the Mindanao Star, then the No. 1 weekly newspaper in the city.

The late Manuel Quisumbing, Sr., who was fondly known as Mr. Q, was editor-in-chief and the future Senator of the Philippines was in the company of an illustrious band of writers and journalists who represented the cream of Cagayan de Oro's men and women of letters at the time: Sarah Velez, Ronulfo Sabanal, Pureza Ramos, and Eustaquio Gonzales.

"The newspapers of that time tended to be more tame and sedate than those we have today. The news which used to be relegated to the tabloids then is now making headlines in the broadsheets."

Eventually, Nene became legal counsel for the Cagayan de Oro Press Club when he finished law school and passed the bar. He was also appointed in the same capacity for the Mindanao Press Club in 1963 when Mr. Q became president of that organization.

Later, when Nene was elected as the Cagayan de Oro delegate to the Constitutional Convention of the '70s, he rejoined the media as a columnist for Mindanao Star. He also wrote a column for The Manila Times for a year in 1994.

We asked, “Is there a basis for the government's criticism of today's media as overly critical of the present administration to the point of overlooking its good points and accomplishments?”

“There is a basis for the criticism. Negatives are emphasized more than the positives. Crime, sex, and violence are sensationalized. However, overall, we are beginning to get responsible reporting. The Philippine Daily Inquirer's battle with the windmills of influence in this country is good for the nation. The Philippine Star is also fast gaining the same reputation.”

“However, the print media in Cagayan de Oro today tends to be abrasive and condemnatory of public officials without convincing evidence of their allegations, thus maligning people in the process. Sources are not always verified and grave abuse has been committed in a number of cases. I hope our journalists could be a little more concerned about people even if they are in public office and the basis for complaints regarding the public service should be properly verified.”

“On a scale of 1-10, the local print media is 7 on the average, with a lot of room left for improvement. In contrast, newspapermen of Mr. Q's heyday in the Mindanao Star were first and foremost trained to be accurate in their reporting. Mr. Q was a veteran newspaperman who was also an instructor for the journalism course then offered by Xavier University - Ateneo de Cagayn, and his writing, as well as those of the reporters working under him, were founded on accuracy." 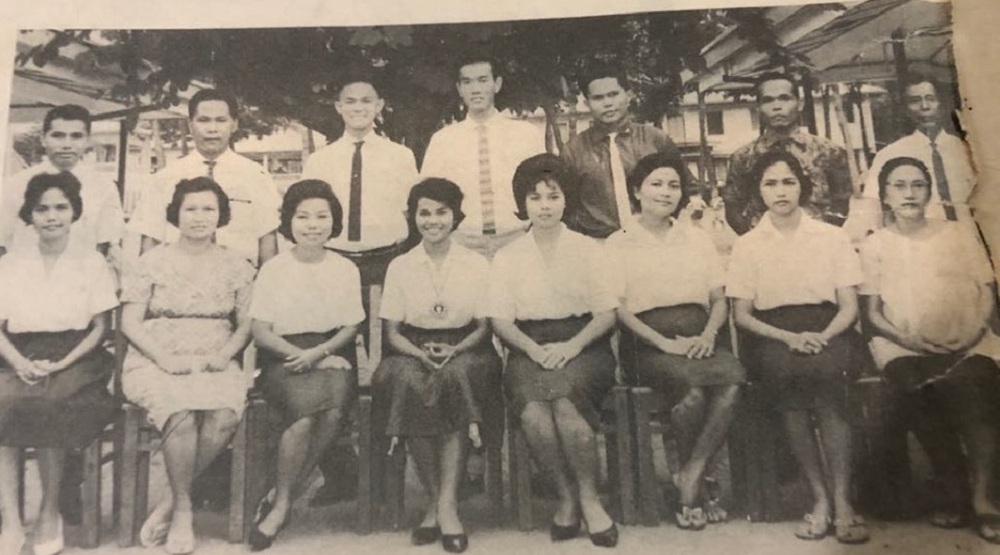 However, he is in the process of writing a totally different book titled “Politics and Religion,” which started while he was still in the Senate and which he personally works on a little at a time. The book is based on his experience in politics and reflects his desire “to stress the fact it is time to imbue our political process with a spiritual dimension which should permeate the whole political spectrum.”

“We have the spirit of renewal in the hearts of our people as the only Christian nation in the Far East. New generations actively handling political power should not forget we can start renewing only when you go back to the fundamentals of your religion, as long as he believes in God to use his talent and make religion relevant to his life as a citizen.”

At present, Nene writes a column for Teddy Berbano's “MoneyAsia” and Oscar Jornacion's “California Express,” a Filipino-American newspaper based in the US.

The 1967 edition of the Xavier University Yearbook edited by Rico Nazario was dedicated to outstanding XU graduates, among them Nene Pimentel. Nene was XU High School Class 1952 and became dean of the XU Law School in 1967.

The tribute to Nene on the 1967 XU Yearbook reads: “From the class ’52, Aquilino Pimentel Jr. has risen to occupy the seat of the dean of the College of Law of Xavier University.”

“Commenting on his profession, he stated that the practice of law is interesting and challenging. Interesting, because there never is a dull moment in the study and trial of a case. Challenging, because one’s convictions are often put to the test whenever a case is accepted and tried in the courts of law.”

And Nene, a former moderator of the Xavier University Law School Journal, never flinched in his defense of press freedom as demonstrated by his successful defense of the two staffers of The Varsitarian, the University of Santo Tomas school paper, in 2011 against a libel case filed against them by one of the country’s most prominent businessmen, who was represented by one of the country’s top law firms.

Not only did he help draft their counter-affidavit, but he appeared on their behalf during the preliminary investigation that the case never made it to court and was dismissed by the Makati prosecutor.

As quoted in the recent editorial by The Philippine Daily Inquirer, Pimentel expressed his decision to take on the case: “Speak out when you see something wrong. We are a democracy, that is the job of the people,” he had said time and again.

“One of the most fundamental freedoms accorded to citizens like us who live in a democratic country is the freedom of speech and of the press,” said the closing paragraph of the counter-affidavit he helped draft.

“If no law can abridge our freedom of speech, of expression, or of the press, we submit that no whimsical complaint [s]hould be allowed to trample upon the freedom of the press [w]hich we exercised in our student publication with due care and without malice even if the attempt is made by wealthy and presumably powerful individuals,” Pimentel wrote in conclusion of the counter-affidavit.

Thanks to Ramoncito Ocampo Cruz, XUGS Class 1967 for reconstituting Nene’s picture from this yearbook. Monching is the CEO and president of MUSE Books and Media Wise Communications, publishers of a series of award-winning books on the Jesuits and the Ateneos including the latest multi-awarded and internationally recognized On the March: The Jesuits in the Philippines since the Restoration and Jesuits in Mindanao: The Mission.∎ 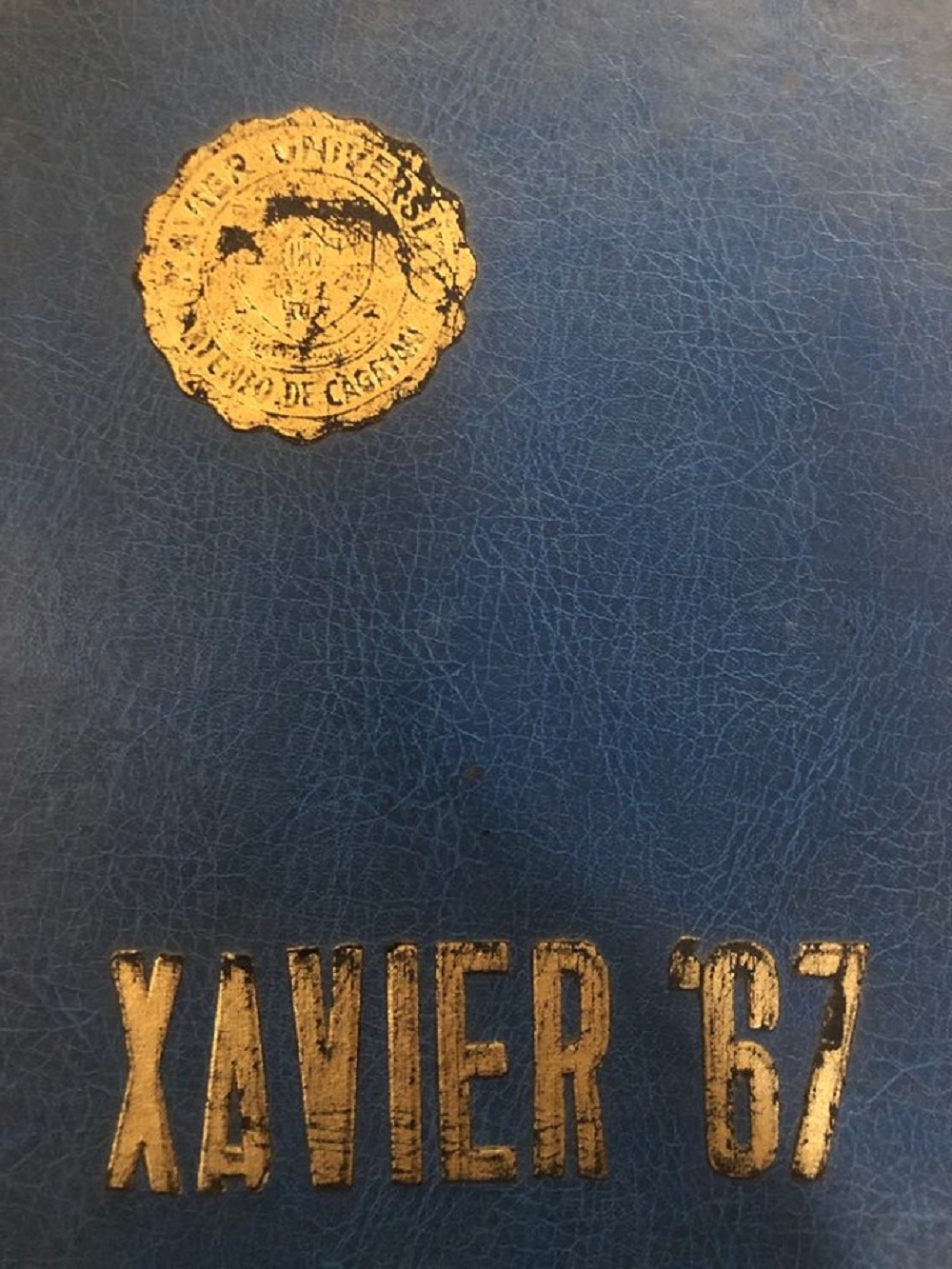