In a time where social media is at the pinnacle, where obtaining information is at the tip of one’s fingers, verifying truths poses a challenge. Different websites and online platforms provide varying answers to questions. Certainly, the same can be said about the realities of the Marcos Martial Law Era. We often hear about the horrors of a time when human rights were taken at face value, non-existent even. But there are also whispers of how it was a time of economic stability and prosperity. Amidst all the murmurs and speculations, a bigger question remains, what is the truth? More importantly, what is the role of the youth in the face of such truth?

Xavier University in its mission for the authentic search for the truth, recognized the importance of martial law education to the youth and, through the Social Development – Student Social Involvement and Advocacy Program (SD-SSIAP), partnered with the Human Rights Violations Victims’ Memorial Commission, a government agency more commonly known as MemComm, to launch a special screening of Liway to the XU Community. 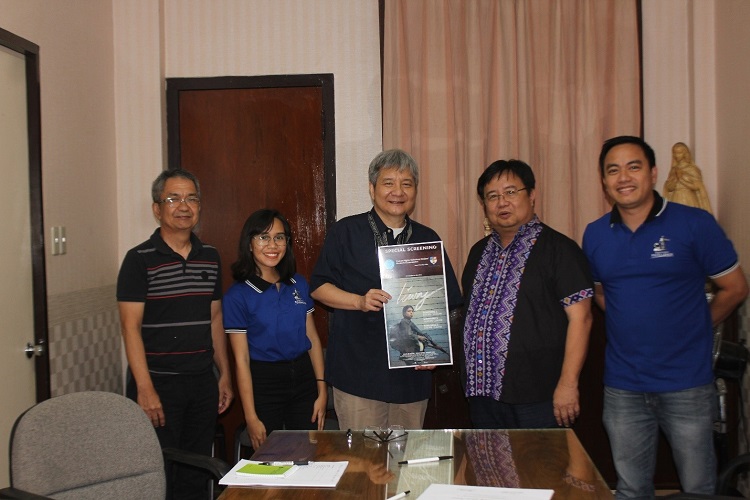 Liway is an independent film that showcases the true-to-life story of a boy growing up in prison because his parents were put in jail for fighting against the Martial Law. The film was first shown during the 14th Cinemalaya Independent Film Festival where it received a special jury commendation and the audience choice award in the full-length feature film category.

The Special Screening was only a two-day event but it was met with overwhelmingly positive responses from the audience. It was a repeat of the same scenario after every screening. An undercurrent of high emotions was palpable. Then as the closing credits rolled, cheers and claps erupted as a surprising tidbit of information was revealed. Eventually, the cheers grew to resounding levels as Ken Ken Nuyad, the child actor who portrayed Dakip in the film, was introduced as one of the panelists on the first day. 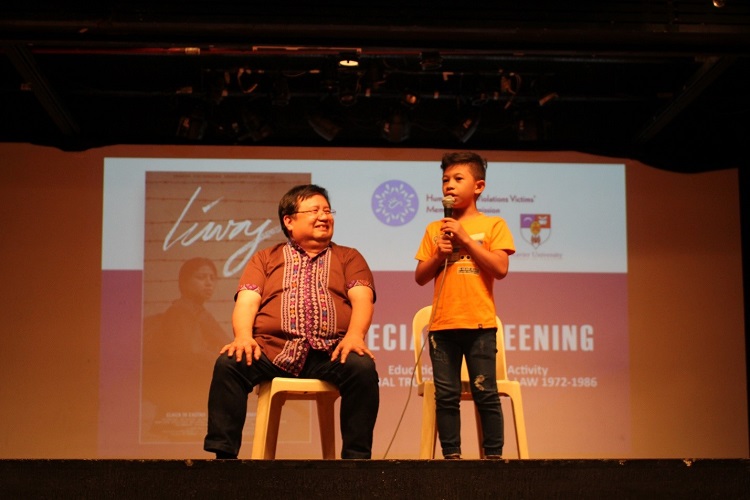 The Tales of Ken Ken. Mr. Chuck Crisanto smiles on as Ken Ken Nuyad shares his experiences with the film and working with the people behind it. 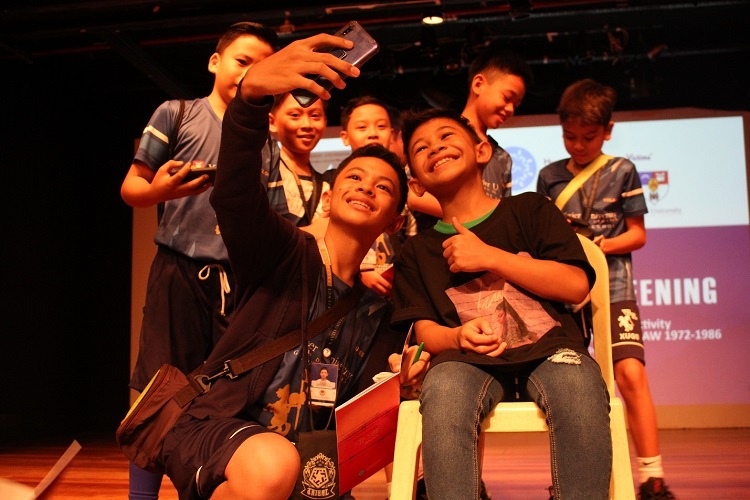 Selfie is Key. XUGS students jump at the chance to have a selfie-moment with Ken Ken Nuyad.

Interestingly, it was the Panel Discussion that was the highlight of each screening as the audience members were given the opportunity to share their thoughts and feelings about the movie. Most felt very strongly about it and were highly appreciative of how it revealed truths about Martial Law. The grade school students in particular, were the most enthusiastic and expressively emotional with many of them admitting they cried throughout the movie. Several even admired that the movie stressed the importance of praying and loving your parents. There were some though who were curious about why Marcos declared Martial Law in the first place to which Mr. Ernesto Neri was quick to respond. “It was to perpetuate his power. There were no threats. He just wanted to be in power.” 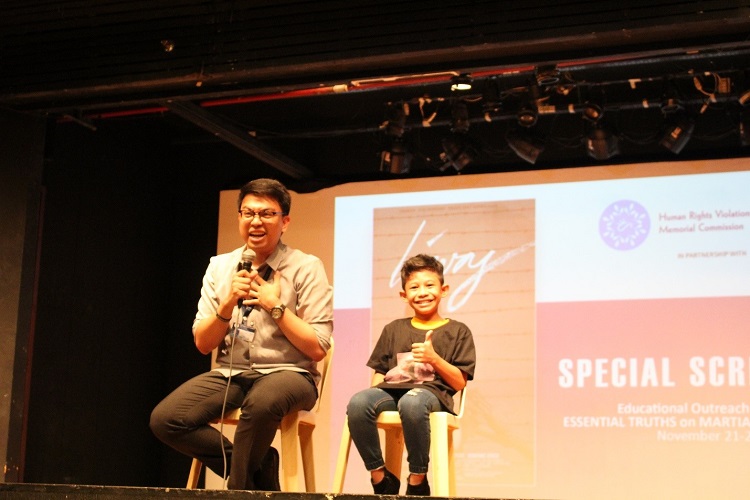 The Nitty Gritty. Atty. Ernesto Neri passionately shares his knowledge and insights as Ken Ken Nuyad beams in approval during the Panel Discussion. 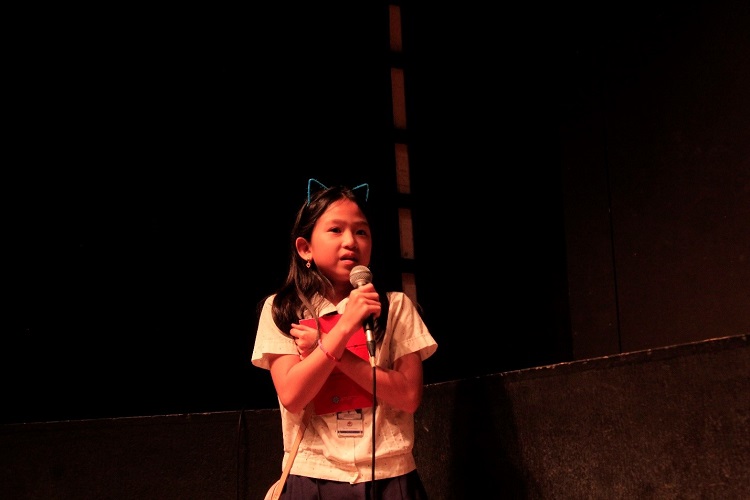 Overwhelming Feelings. A student from XUGS Macasandig shares how she cried almost all-throughout the movie during the Panel Discussion.

A few others also took to Twitter to post their glowing reviews. One user tweeted: “Watched Liway again but this time with some SHS students & was really glad that they appreciate the movie so much & was even curious & willing to learn about some facts during the Martial Law era. Indeed, we constantly need to revisit the history.. and not revise it.” Another netizen tweeted: “The movie was an EXPERIENCE from beginning ‘til the end! I appreciated how the school allowed the students to see some glimpse on how cruel and wrong the Marcos regime was. To more events like this in the future please!! Also kudos to the people behind this!!” 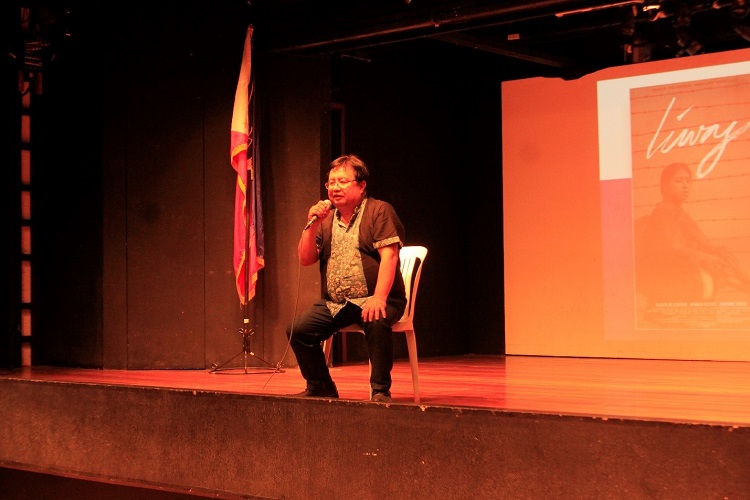 Words to Remember. Mr. Chuck Crisanto shares his parting message to the audience at the last screening of the last day.

“Know your rights.” Sir Chuck as he was affectionately called, stated in his parting message. Indeed, knowing your rights is one of the factors towards achieving a just, humane and developed society and the youth, with all the vigor and influence that they wield, play an important role in ensuring that such an ideal will become a reality. May the lessons that the movie imparted inspire them in their journey towards the promotion of truth and justice in our currently highly digitized world. 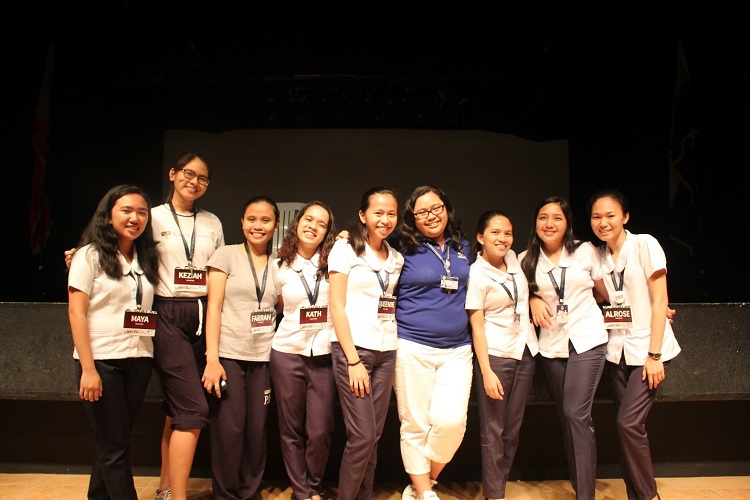 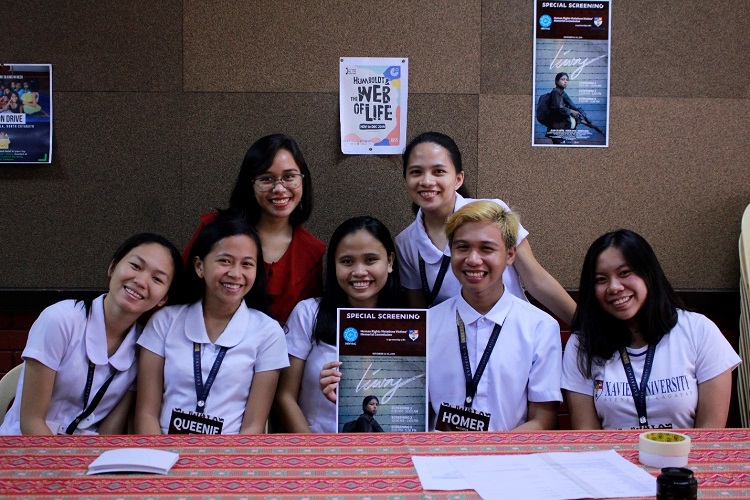 A Passionate Heart for Service. The XU Organizing Team composed of the SD volunteers led by Iana Edrianne M. Awayan and Zaira Mae G. Dehing of the SD – SSIAP.