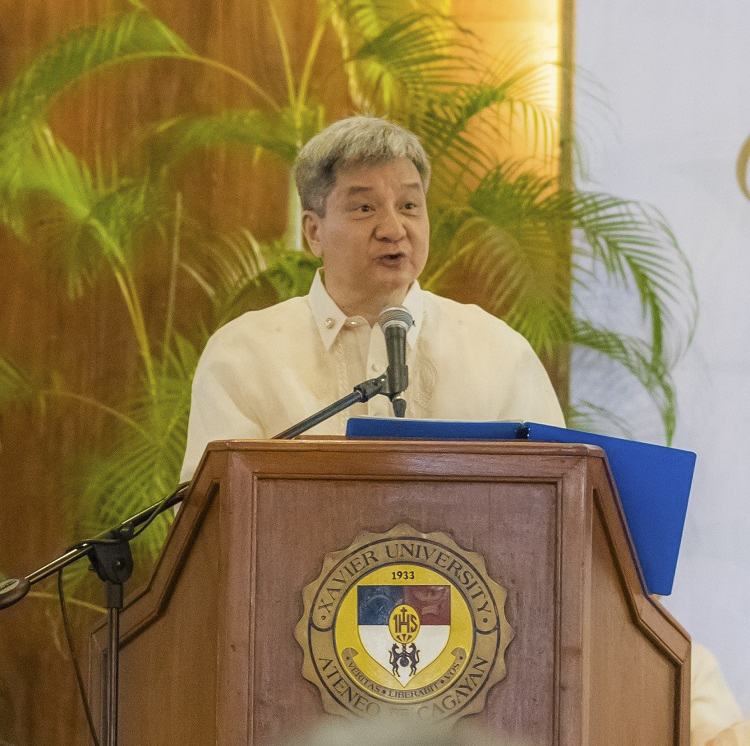 There is a Canadian psychologist Jordan Peterson who has made quite a splash on social media. A Jungian psychologist, Peterson is in many ways, an early 21st century version of Joseph Campbell. Campbell, also a Jungian psychologist from the last century had a major impact on George Lucas, and hence on the Star Wars franchise. If you are, like many of us here, Star Wars fans, you’ve taken in a lot really of the philosophy of Joseph Campbell. In some ways, Peterson is an updated version of Campbell.  Both Campbell and Peterson have delighted in drawing attention to the archetypal patterns that undergird many of the myths and legends and stories of the world and helped to explain their perennial and universal appeal.  Both of them share this Jungian influence. Carl Jung was interested in what he called these ‘archetypes of the collective unconscious,’ these patterns of meaning that are very deep in the kind of collective psychology of the human race and come up in our myths and rituals and religions.

The central archetype that both Campbell and Peterson explore is the archetype of the hero’s journey. This archetype is on display in Plato’s myth of the cave, it’s in the story of Jason and the Argonauts, it’s in the Legends of the Holy Grail, it’s in Tolkien’s Lord of the Rings, and yes, indeed, it’s in Star Wars.

Here’s how Jordan Peterson understands the dynamics of the archetype of the hero’s journey. Somebody sets out from the realm of the known, from the arena of cozy domesticity and ventures courageously into terra incognita, into the unknown country. Think here of the Lord of the Rings, in the movie version when Bilbo is setting out on his journey and he runs out of his cozy little shire where he has been living and these wonderful hobbit homes with teacups and biscuits … and everything is very neat and orderly. And he runs away. Someone says, “Where are you going?” And he goes, “I’m going on an adventure!” That’s how the hero’s story usually commences. He leaves behind the familiar and he ventures into unknown territory.

There inevitably, he faces enemies and obstacles. He is compelled to battle some version of a dragon. Often dragons he never even knew existed. But if he is stout hearted enough, he conquers his opponents and establishes a kind of beach head in the land of the unknown, claiming it for settlement. And then others can move confidently into the space that he has cleared.

There was a show, Vikings that begins with the story of this hero who ventures out into the unknown. “I have heard about this land across the sea and if we sail out there, we will find it and it will benefit our community.” And of course, everyone tells him, “No … No … No! You can’t do it. There is no such thing. It’s only a myth. And we will be destroyed, and we will die.” But the brave Viking sets out and conquers his fear and conquers obstacles and indeed brings back something of benefit to the community. That is a classic hero’s tale.

We can see this archetypal journey everywhere we look. We can see it in scientific investigation. Someone that moves out of the familiar territory and explores something unknown.  You see it in exploration of new lands. Remember Magellan landing in Limasawa, 499 years ago. That’s a classic hero’s journey, leaving the familiar and venturing out into the unknown. You can see it in inspiring moral achievements. Think of someone like Ninoy Aquino who decided to take the route of non-violence and offering his life and dying for his country. That was moving into unchartered territory. But then establishing a beach head there that many other people could then move into … such as the People Power Revolution in 1986. Think even of a little kid, to bring us down to earth now. A little kid venturing out of home on his first day of school. He is leaving cozy domesticity, the world he is familiar with and he is venturing out into the unknown. He is going to battle dragons and things he doesn’t know about.But he is on a hero’s journey, even that little kid.

The reason we love this pattern is that it is the key to progress and to a deeper life.That is why we resonate with it. We watch these movies and read these books over and over again. We teach our students to embark on a hero’s journey, both for their own good and the good of others. We urge them to take as it were the sword and the shield and go into unknown territory and conquer it.

Now as both Joseph Campbell and Jordan Peterson have recognized, the Bible is a treasure trove of such stories, hero’s adventures. But what makes the Biblical account so distinctive is that God is the one who is drawing and prompting the journey. Let me say that again. It is not the hero on his own initiative like Bilbo or the Viking or Magellan … “I’m going out there and conquer this new land.” In the Bible, it is God who prompts the hero on the journey.

Consider the Abraham story. Abraham is summoned, mind you at the age of 75 to leave behind everything and everyone he knew in his hometown of Ur of the Chaldees.  Talk about leaving cozy domesticity. Talk about leaving the shire … that’s Abraham. And he’s called in quest of a promised land that God will show to him.

As we would expect in any hero’s adventure, he faces numerous obstacles and confronts a series of enemies and opponents. Read the book of Genesis for the details.

But Abraham trusted in God and went forth bravely. And from this hero’s journey came the people Israel. Listen again now on how it is summed up in the Letter to the Hebrews. “So it was that there came forth from one man, himself as good as dead, descendants as numerous as the stars in the sky and as countless as the sands on the seashore.” By his hero’s journey, Abraham has cleared the ground for many others to join him. He has cleared the ground for the holy people Israel. And watch the Abraham pattern repeated throughout the Bible … Jacob, Joseph, Moses, Joshua, Tamar, Saul, David, Ruth, Solomon, Elizabeth, Anna, Mary … they are all in this sense, heroes of faith who are willing to go out and go forth. The great St Ignatius of Loyola caught this notion of faith in his famous adage, semper maior … always greater … that is the heart of Ignatian spirituality. There is always more that we can do for God … always another adventure to undertake … always a further land to explore. The God who awakens faith is the God who inspires heroes.

Today, we honor our Service Awardees for choosing to undertake their hero’s journey at Xavier Ateneo. They are most likely at different stages of their hero’s journey. Dear awardees for 5 and 10 years of service, you are most possibly in the initial stages of your hero’s journey. We hope that you will not lose your sense of excitement and you will continue to say joyously, “I’m going on an adventure!” We pray that you remain enthusiastic as you assuredly leave what is familiar and keep on venturing into unknown territory. Padayon, more power to you who are in the early stages of your Xavier Ateneo hero’s journey!

Dear awardees who have served Xavier University for 15, 20, and 25 years, I am certain that you have encountered dragons you have had to battle. You have faced obstacles and challenges in your hero’s journey. We pray that you will always confront difficulties with confidence in the midst of discouragement; with courage in the midst of trials. I hope you always keep faith in the mission that is Xavier Ateneo!

Dear awardees who have served Xavier University for 30, 35, and 40 years, and my dear XU retirees, in your hero’s journey, you have triumphed over the challenges and established beach heads, clearing it for settlement where our students and co-workers have moved positively to thrive and flourish. You have been involved in the lives of Xavier Ateneans, both students and colleagues. You have listened to their cares and concerns, you have shared their joys and sorrows, you have helped them with personal growth and interpersonal relationships. You have assisted them deepen values especially concern for the needs of others.

Our dear retirees, we thank you for your kindness, your generosity, your faithfulness, and your commitment. Let us request our retirees to please stand so we can give them a special round of applause. Daghan kaayong salamat, XU retirees.

Allow me to close by drawing your attention to a hero’s journey that is also clearly present in the Bible. And one that far surpasses any hero’s journey that we might embark upon. The Bible tells the story of God’s own hero’s journey. God’s willingness to let go of his own godliness, to empty himself in order to find us who had wandered into what Saint Augustine called the ‘land of unlikeness’. Augustine meant the land of dissimilitude where we lose our likeness unto God. God goes into that terra incognita on his own hero’s journey. Here’s how Paul puts it in his Letter to the Philippians. “Though he was in the form of God, Jesus did not deem equality with God a thing to grasped. But rather emptied himself and took the form of a slave.” God left the cozy domesticity of his own godliness, to go on a hero’s journey into the land of unlikeness in order to find us who had wandered there and to draw us back into his life. We have been benefitting from that divine hero’s journey ever since.

Whatever faith we can muster … our sense of confidence … our willingness to go forward … is only an echo of God’s ever greater faith in us. Whatever love we dare on our hero’s journey … is only a shadow of the love that God dared for our sake.