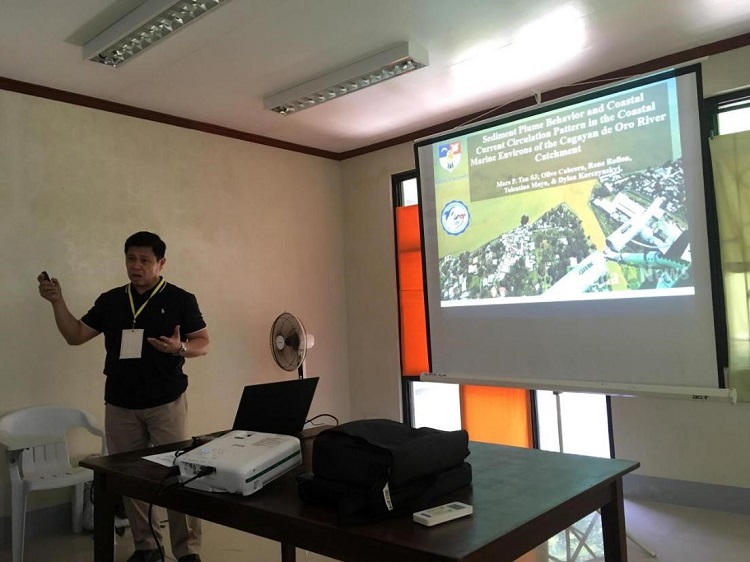 The research revealed the behavior of river-borne sediment plume as it reached the coastal water and based on the surface current circulation in the bay within the vicinity of the Cagayan de Oro river mouth.

To calculate the sediment plume movement and the coastal circulation pattern during certain months, the study employed the Delft 3D modelling tool.

The model used information such as wind speed and direction, tidal action, river velocity, water discharge, and suspended sediment concentration to calculate the movement, direction, and reach of the sediments in the coastal water.

The resulting effects of the modeling showed that the largest amount of sediments was deposited near the mouth of the CDO river and the dispersed plume generally moved southeastwardly in the bay.

The 15th National Symposium on Marine Science was organized by the Philippine Association of Marine Science and Aklan State University, with support from the Aklan provincial government, DENR-UNDP SMARTSeas PH Project, Oceana, DA-BFAR National Fisheries Research and Development Institute, and other environmental organizations of the country.∎