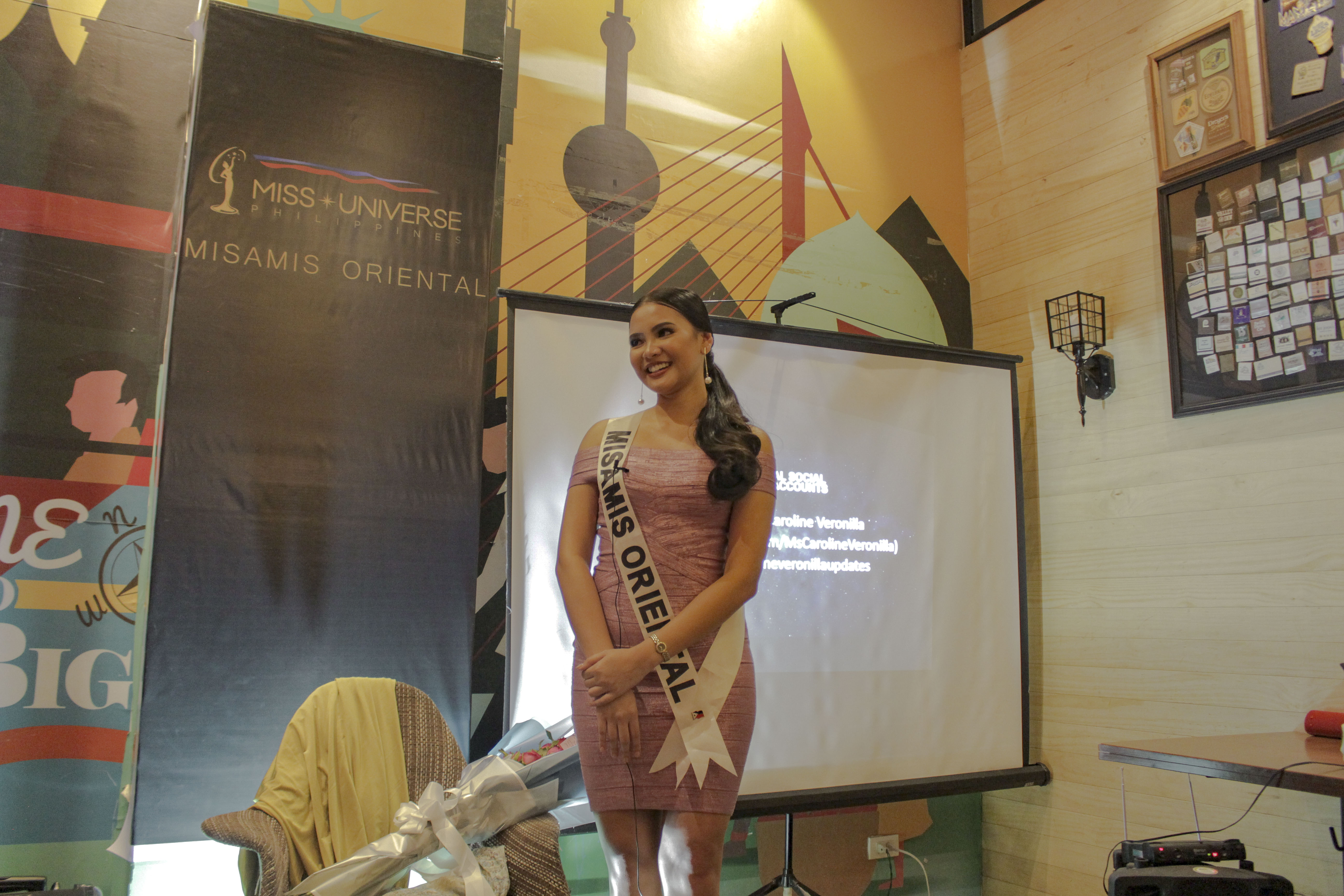 Caroline Joy Veronilla, endearingly called “Carol” by her family and peers, is representing the Province of Misamis Oriental in the said pageant. This 25-year-old candidate lives in Balulang, Cagayan de Oro City, but hails from Balingasag, Misamis Oriental, her father’s hometown.

In a press conference and public presentation on Tuesday, February 25, at Bigby’s Centrio, Carol answered questions from the media and guests ranging from press freedom to sustainable tourism, from women empowerment to children’s rights.

“As a journalism major, I understand the plight of journalists, especially now that we are under fire,” she said. “Press freedom is very important […] as it plays a lot of roles, most especially as a watchdog. We are the ones who go to the field, who gather stories, who make sure that we are able to hear the news and be updated on what is happening in our society.”

Carol continued: “We check facts and we make sure that we say what is true and what is right and what is just. It’s not about being biased, we try to cover as many angles as we can. It’s important that we get to have that kind of freedom in order to share the news. I stand by it, especially that journalists are here to make sure that the government is in check, that our communities are in check, and the agencies that are supposed to serve us are in check.”

She has been working with World Vision Philippines for five years now as a donor education specialist, advocating for children’s rights and access to quality education.

Aside from being a fundraiser for children, she co-founded an advocacy-driven enterprise called “Faith Mugs by Lenie Rose” that aims to raise funds for her sister’s treatment. She also envisions creating more support groups for cancer patients.

She considers her sister Lenie as her greatest inspiration in life. At 24, Lenie was diagnosed with a rare kind of Non-Hodgkin's Lymphoma.

After taking the compatibility test successfully, Carol is set to become her sister’s stem cell donor as they have been “each other’s rock on this challenging journey.”

Her family and friends consider Carol “a genuine woman that speaks her mind and a role model to the youth.”

She looks at joining Miss Universe Philippines as a platform for raising awareness on issues closest to her heart, namely, children’s rights, press freedom, and building support groups for cancer patients.

The Miss Universe Philippines coronation is scheduled on May 3 at the SM Mall of Asia Arena and Carol promises to give it her best to take home the crown.∎