ASUL goes fully digital, first virtual module highlights awareness of self and others

Responding to the challenges of time, the Ateneo School for Upcoming Leaders (ASUL) recently held its first virtual module on Awareness of Self and Others on August 21-23. The 12th batch of Asulites who participated in the three-day virtual camp were given inputs from resource speakers as well as activities that highlighted the focus of the module – to become more aware of the self and be sensitive towards others.

The activities conducted on the first day were followed by small group discussions that allowed the Asulites to examine and reflect on their strengths and weaknesses, achievements, values, and aspirations in life.

On the second day of the virtual camp, the first resource speaker, Bro. Melvin G. Paulme, SJ, gave an input on the importance of self-awareness and the significance of Ignatian Examen and Discernment and how they are applied in leadership.

“As human beings, we are blessed to have the ability to understand our self, the capacity to discern what we could contribute, and to live a life that is holy, good and joyful.” Brother Melvin shared during his input. The sharing and processing session that followed allowed the participants to know themselves more and understand their fellow Asulites through their stories.

The last day started with an interactive input from the Director of Student Affairs, Mr. Ivanell Subrabas, who pointed out the significance of finding one’s leadership capital and mentioned that, “to lead means to be at the forefront, to break new ground, and challenge the status quo.” Afterwards, a big group discussion with the Asulites followed, facilitated by the Director of Student Affairs and ASUL's Director-General, Kyle Licup, encapsulating the entirety of the input.

To wrap up the entirety of the module, an activity following the input was given, focusing on building teamwork and enriching the sense of community and camaraderie among the Asulites.

Finally, as an ender to the three-day virtual camp, the socials night aptly called IgNight allowed the Asulites to mingle and to get to know one another better. The ASUL alumni also joined online with their respective batch dance shown during the virtual program.

ASUL’s first experience of a virtual leadership camp has proved to be effective in making the Asulites grasp the essence of the Module, which is to gain a deeper understanding and awareness of the self and others. 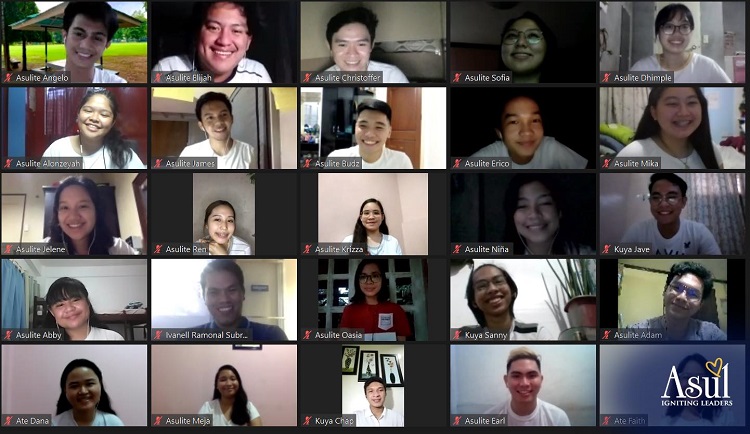 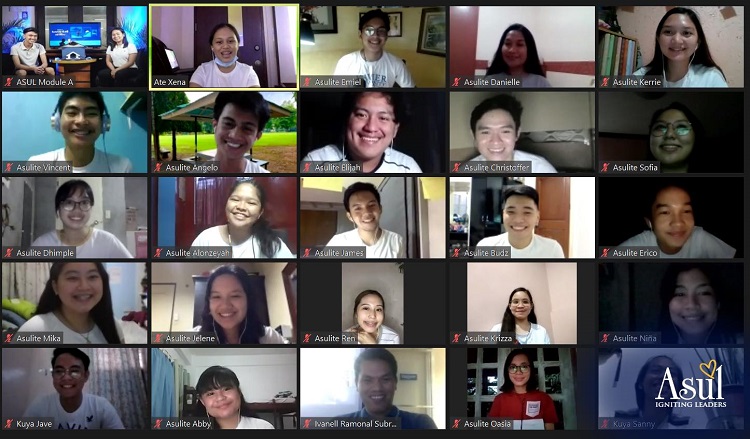 A NEW STRUCTURE. The twelfth batch of Asulites show their excitement to experience their first three-day virtual camp. 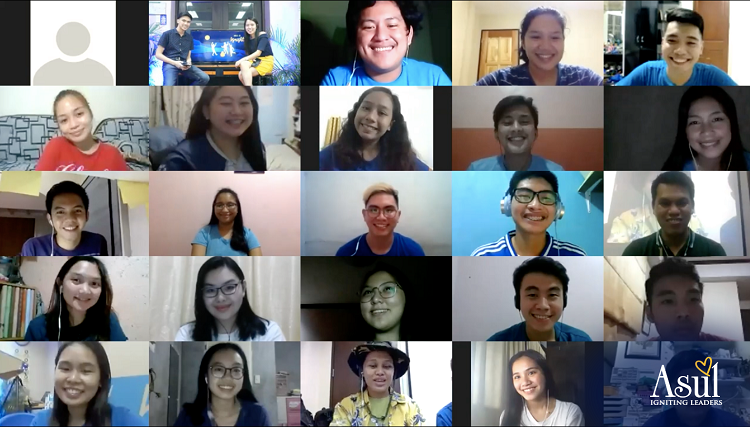 VIRTUAL MILIEU. The Asulites and the Alumni mingle online during the socials night as an ender to the first module.