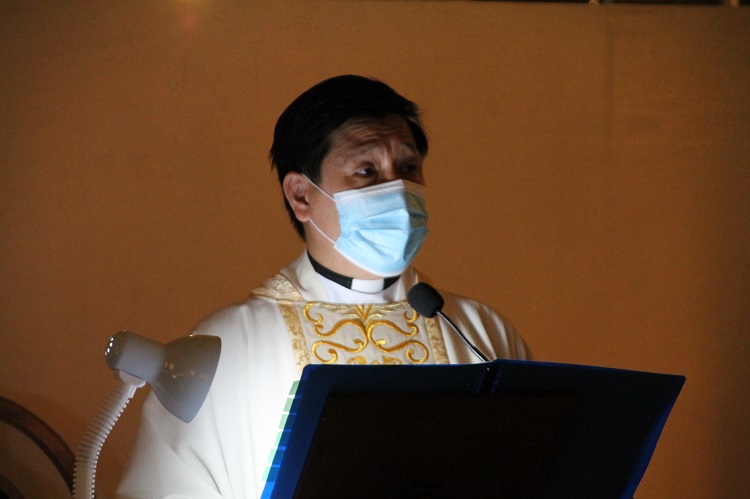 Fr Mars P. Tan, University President, the main celebrant of the Xavier University Mass for the Feast of St Francis Xavier on Dec 2, 2020

As explained to us by the Xavier Days Festival organizers, “puhon” is a quiet wish for something good to happen in God’s own time. In English, God willing or in God’s time; in Tagalog, harinawa; for our Muslim brothers and sisters, inshallah. First, it suggests hope for a better future that is going to come yet unknown to us as to when and how. Second, it shows one’s deep trust in God’s mercy to actively involved in our human affairs; third, “puhon” gives one reason to continue living and working aware of the challenges yet hopeful in God’s goodness.

What was the “puhon” of Francis Xavier? How did he experience it?

Let us go through certain significant parts in the life of our patron saint and find his “puhon” experiences and be inspired by his life.

Many of us now would admire the life of this Jesuit missionary, second to the great apostle Paul, and would romanticize his missionary adventures.  Indeed, his missionary feat was truly admirable. But he did not achieve this easily even when he was joyful in his praise of God in the midst of physical hardship, which he went through for many years.  A few writers would claim that Francis had experienced lowliness and anxiety since he was a young boy until his life as a Jesuit missionary.

In his boyhood, when his father died and all his siblings got married and left him, he felt as lonely as an “orphan”. According to one writer, it was not the only time he felt that way. For much of his life, he struggled with feelings of loneliness, anxiety, and a chronic feeling of inferiority complex. I would like to suggest that in his loneliness at a young age, he could have been wishing for himself a happy life with his family…That was the “puhon” experience of Francis which enabled him to carry on with life as a young man, while quietly wishing that better times may soon come. 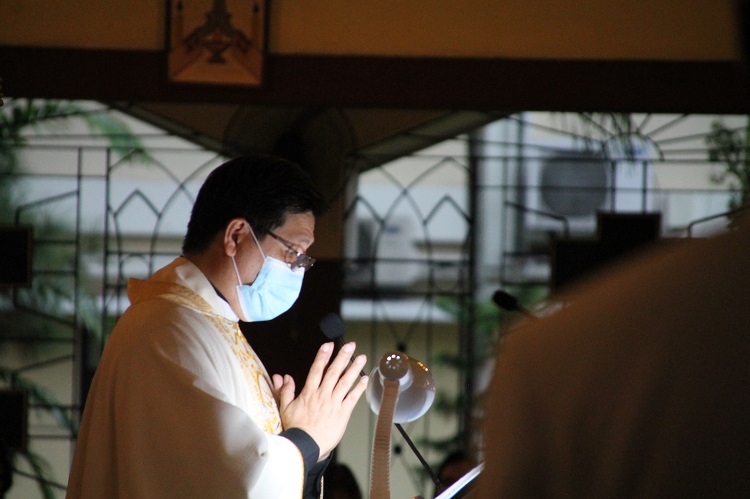 During his university years, he seemed to have enjoyed the life of a carefree young man and found joy in an active social life with many friends. However, the deep loneliness would not go away. So that despite the promise of prestige and honor of professorship in Philosophy and the discouragement of university authorities, Francis put his trust in the fledging band of friends he hardly knew.  Why was it so? Perhaps, after he made the retreat based on the Spiritual Exercises, a realization came to him that in university fame and in frivolous social life he could not find that which would satisfy his deep loneliness. Francis was looking for something and was hoping he would find it in his new band of religious companions. This “puhon” experience made him leave the university and put his life in the service of God as a young Jesuit.

So among his brothers in the society, he began his new life that was structured and mostly routinary, which for him after some time was kind of boring. It was not surprising that although he made an important contribution in framing the new Constitutions, being the secretary of Ignatius, he immediately jumped at the chance to volunteer to go to the Indies. Francis liked adventure and his eyes were always fixed to what else he could do for God. That was another “puhon” of Francis - a wish for a more adventurous life to serve the Lord by serving the poor and unbaptized in foreign lands far away from home.

During his missionary life and work, what were Francis’s “puhon”? For me this period of his life, there were three significant “puhon” experiences of Francis.

First, his voyages from one mission to another totaling thousand miles from Portugal to Mozambique to India to the Moluccas, to Malacca, to Japan back to India then to Sanchuan China.  Those voyages were always long and dangerous due to storms and diseases so that Francis would have quietly wished placing his trust in God to arrive safe and early in his next destination to start the new mission for God and his people. His “puhon” enabled him to survive those perilous journeys at high seas while excitedly looking forward to more people to be converted for God’s greater glory of God.

His second “puhon” was necessitated by the urgency to baptize thousands of local people.  While growing weary from preaching and baptizing yet remaining excited to continue the work, Francis wished that university students in Europe would volunteer to come to the Indies to help him save more souls. When would that happen? For Francis, it was his “puhon”, his prayer which he forcefully expressed in his letters to Ignatius in Rome. Francis was never sure if that would ever happen in his lifetime but he wished God would make it come true in His own time. 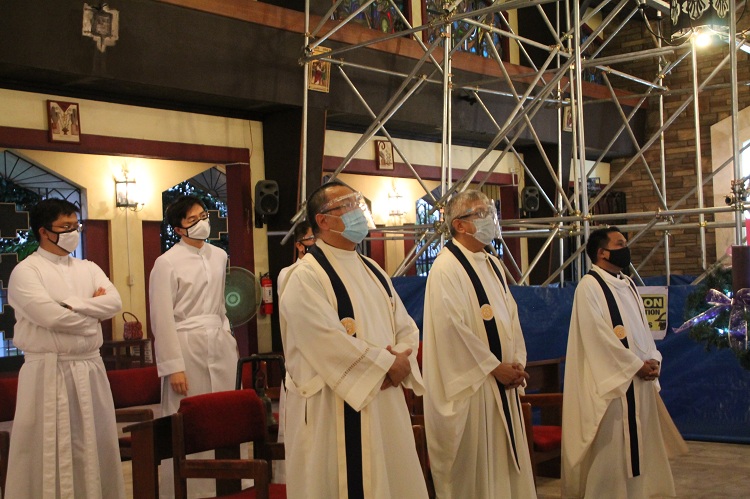 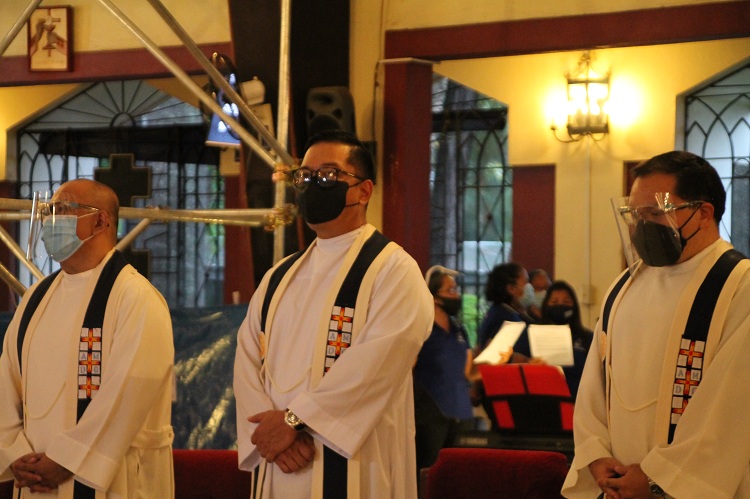 The third “puhon” of Francis for me was when he was at Sanchaun Island waiting for a boat to bring him to China. Three months of waiting was quite long for an excited missionary who believed that the conversion of China would lead to more conversions in the whole of Asia. While in Sanchuan with two assistants and growing impatient, Francis must have been praying hard to God to send him a boat yet the uncertainty and unfamiliarity of circumstances had left him no choice but to place his fate in the hands of God. I could hear one of his assistants asking him when they would be able to sail to China, and Francis’ answer was “no one knows, God willing tomorrow or the next day”. Francis’s “puhon” kept him hopeful trusting in God that he would be able to reach China. But fever caught him and he died on the island unable to fulfill his dream to evangelize China. Yet his “puhon” became a reality because fifty years later another Jesuit missionary who was born in the year he died would arrive in China and enter the Forbidden city befriending the emperor and converting several prominent Chinese officials. God fulfilled Francis’s “puhon” through Mateo Ricci and other Jesuits who founded the Jesuit China missions in 1600.

I am sure the message of the life and work of St Francis Xavier to us is loud and clear. We continue to express our “puhon” during the time of the pandemic. The uncertainties and hardships which Francis had gone through could be worse than what each of us is experiencing now. Just like him we too have been experiencing loneliness, anxiety, fear, and doubts about what the future will hold for us.  Up to now even with the newly-discovered vaccines coming to market, we continue to quietly whisper our “puhon’’. For in truth, no one knows for sure when we get hold of the vaccines and enjoy complete immunity from the dreaded virus.  But we keep our faith just like how Francis Xavier kept his in the midst of adversities in life. 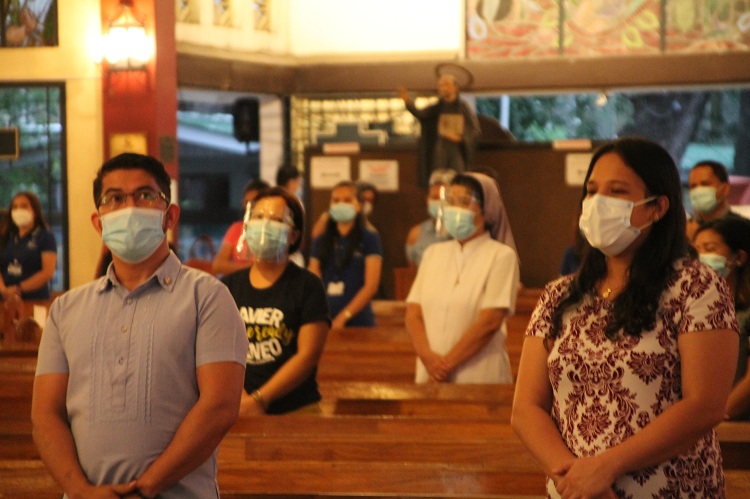 His self-surrender to God had enabled him to get out of the enslavement of fear and loneliness to be able to shape his life and work and did tremendous achievements unparalleled in modern missionary works.  Francis took the Gospel today seriously and literally, passionately evangelizing the entire of Asia until he breathed his last.

The same Gospel message calls all of us to take seriously our role in evangelizing the world with the love of Christ. Our Jesuit regents, Bros Bien, Francis, and Melvin will renovate their evangelical vows of poverty, chastity, and obedience this afternoon, with the minds and hearts to do same, puhon! Who knows one of them or the three will become Jesuit missionaries in faraway unknown lands: Bro Bien to Africa; Bro Francis to Mongolia; and Bro Melvin to Iceland or wherever God will send them, puhon!

Like Francis we do not dismiss the present hardships that we are experiencing, in fact we face it with courage and humility. At the same time, we look to a difficult future with vigor and hope in God who for countless times has made our “puhon” a reality.