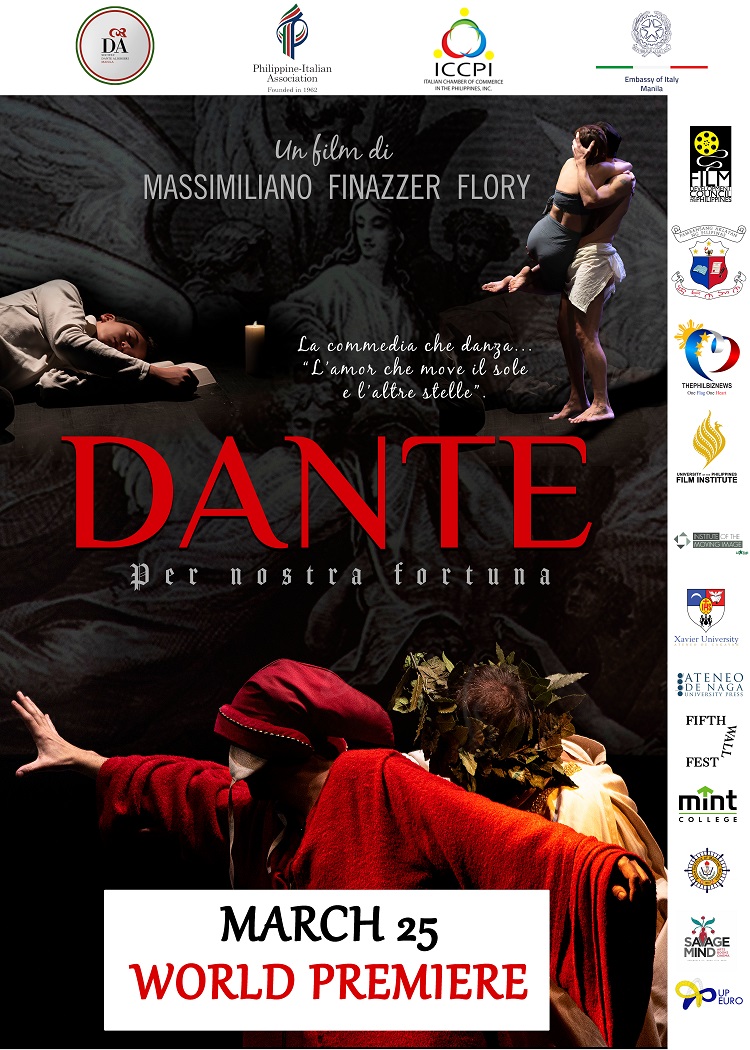 Dear friends of the Media and partners,

We are thrilled to announce the virtual return to the Philippines of Massimiliano Finazzer Flory, with a new film dedicated to Dante's Divine Comedy:  "DANTE Our luck"

The film will be screened on streaming in the Philippines, in World Premiere,  on March 25th, a symbolic date - named DanteDay - as it marks the commencement of Dante's journey in the after world.

DANTE Our luck is an experimental art film in which many arts disciplines converged to highlight Dante and Virgil's journey through fire and blue heavens.

This screening will mark the start of the celebrations in the Philippines of the 700th death anniversary of Dante Alighieri, generally considered the "father" of Italian language and among the greatest poets ever existed.

The film  will be accessible from all over the Philippines, free of charge.
The Vimeo link to the film and the password to access it will be posted next week on the official FB page of the event: www.facebook.com/Dante700Philippines

Attached to this message you can find the Press Release with the e-poster.