When asked by one journalist how she [Mother Teresa] plans to feed all the poor in Calcutta, India, the short, wrinkled nun supposedly answered, “one mouth at a time.” The same can be said too of San Ignacio: Care for the Poor as it tries to imitate the lives and examples of numerous holy men and women who simply fed the poor with a meal. The group was initially started by Mr. Omar Reyes, an employee of the Northern Mindanao Medical Center. The movie “San Ignacio de Loyola” produced by the Jesuit Communications inspired him to gather up his own energy and resources to feed the poor of Cagayan de Oro city. Guided by Fr. Norlan Julia, SJ, Rector of St. John Vianney Theological Seminary, Omar Reyes and his group of friends rented out small eateries to provide free meals for anyone who would need to eat. 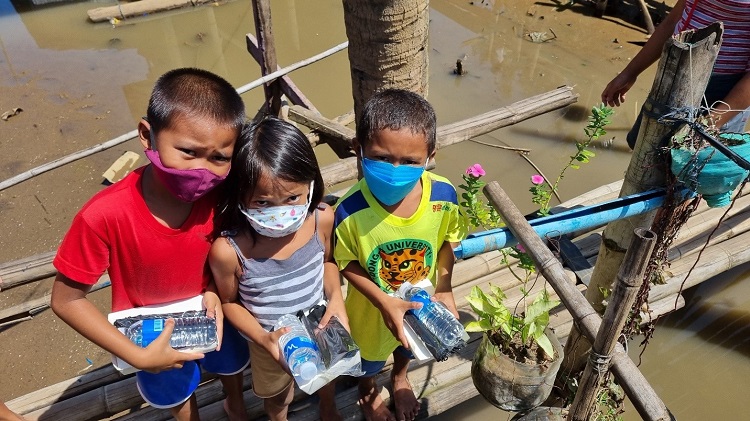 Children received their packed meals from San Ignacio Cares for the Poor.

Since 2016, San Ignacio: Care for the Poor catered mostly to the homeless and the children around the Divisoria Area of the City. Starting June 2021, I got involved in San Ignacio: Care for the Poor by raising funds for their initiatives and trying to set new directions and objectives for the group. Part of my contribution was to solicit funds from various individuals and groups, asking them if they will be willing to sponsor meals for the poor. Until recently, we decided to concentrate on feeding poor children in various parts of the city, as inspired and encouraged by the Renewed Province Plan of the Society of Jesus in the Philippines. Thus, on Sunday, November 14, 2021 groups of Xavier University – Ateneo de Cagayan led by Fr. Mars P. Tan, SJ and from the Xavier University Community Credit Cooperative donated funds to be able to provide for 150 lunch packs and hygiene kids for those living on stilts within a mangrove area in Brgy. Bonbon and another 100 lunch packs for those living under the Carmen Bridge. 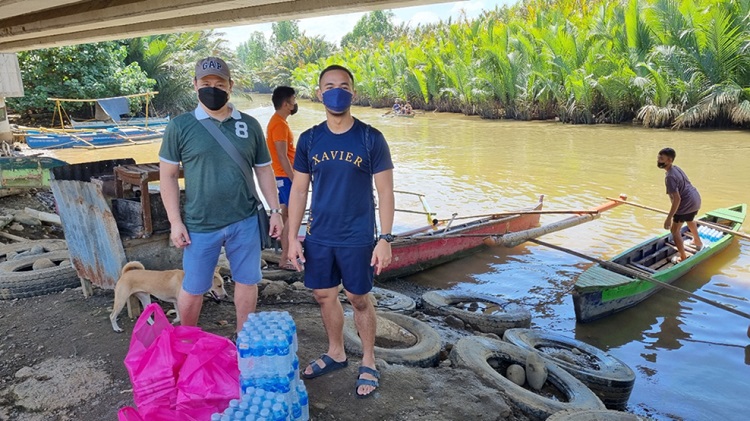 Preparing for boat trip to visit and bring goods to a community in Punta Bonbon. 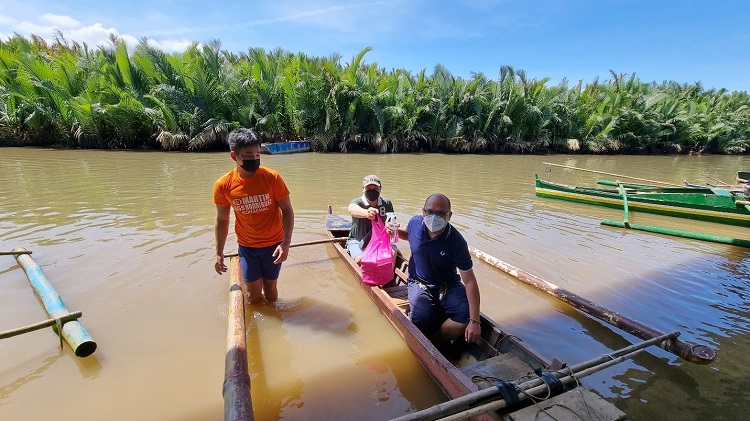 Getting to the stilts-community in Brgy. Bonbon was somewhat an adventure. The team, along with University President, Fr. Mars had to take a short boat ride across a mangrove forest in order to reach the community – not to mention that the boats available are small and shaky. Nevertheless, it was a consoling experience for the team to be able to bring smiles to the children in that community with the prepared and pack lunch made specially for children. During the way back, the group had a little conversation thinking about our own ideas and dreams for this little initiative called San Ignacio: Care for the Poor. All of us hoped that this initiative, inspired by a movie of St. Ignatius of Loyola’s life will be an example for others to do the same, in their own way and at their own time, and with their own resources. Because in the end, any good work done for another, in the name of our faith in Jesus Christ, is a building block for the Kingdom of God here on earth. 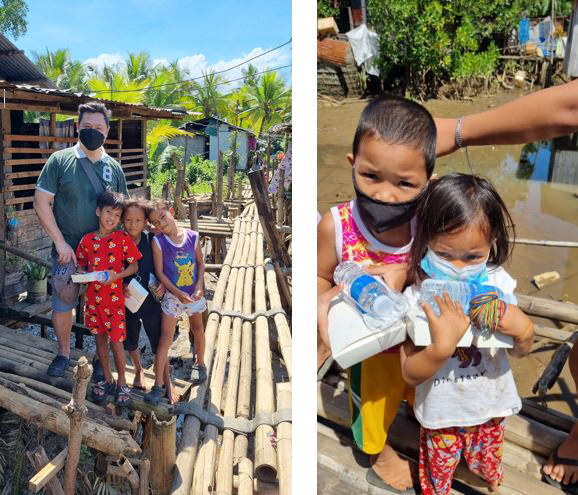 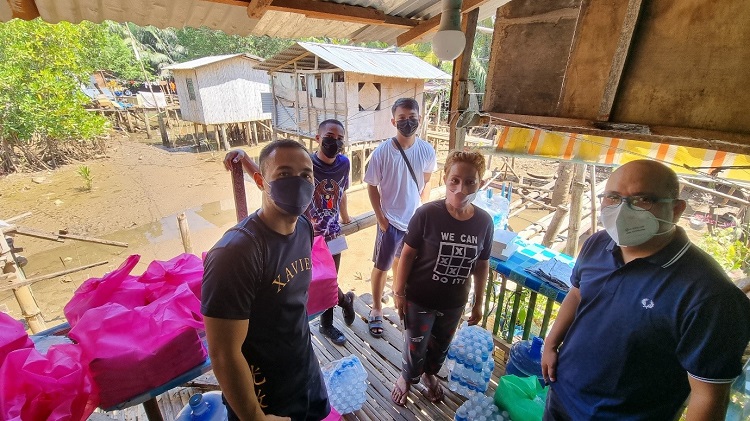 At the house of the community coordinator 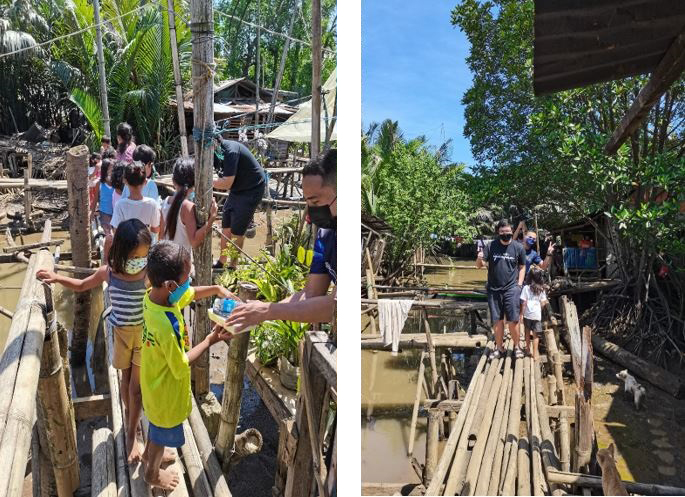