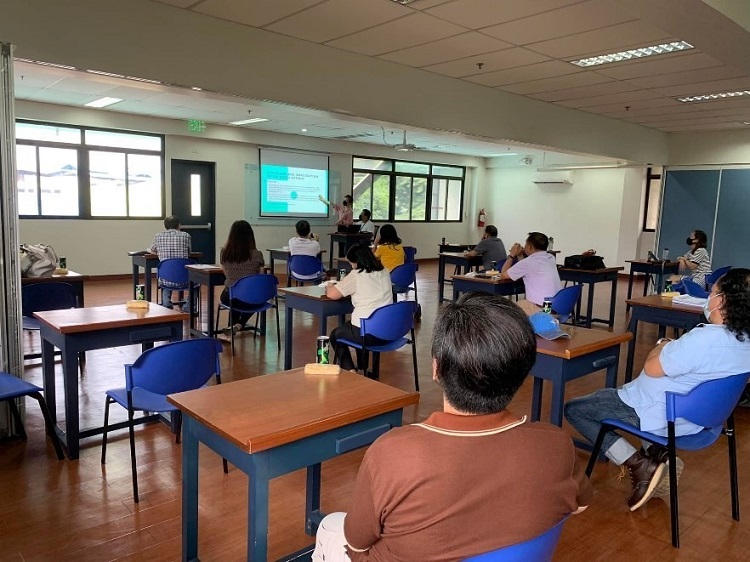 At a meeting held last 15 July 2022, faculty members from the Xavier Ateneo College of Engineering presented a set of recommendations on the "Localization of the Philippine Green Building Code for the Local Government of Cagayan de Oro" to the Acting City Building Official Engr Joel Momongan and select personnel of the Office of the City Building Official (OBO) and discussed priority issues and further ways of collaborating to advance the green building agenda in the city. The XU Green Building (GB) project leader, Dr. Maria Theresa Isla-Cabaraban, facilitated the discussions on the recommendations and the City’s GB initiative’s next steps to help ensure that the localized GB code requirements fit into local policy and that compliance could be enforced by leveraging local processes. In the words of Xavier Ateneo’s Director for Institutional Societal Engagement (ISE) Engr Dexter Lo, “our built and natural environments will outlive many episodes of our lives... and that's why we continue to do this, together."

Engr Lo first had discussions with the OBO in 2019, on the need for a localized green building code and to integrate GB standards into new development projects. These discussions subsequently saw the setting up of a collaboration between the Xavier Ateneo College of Engineering, through the Engineering Resource Center, and the Local Government of Cagayan de Oro, through the OBO. The partnership was launched in a formal Memorandum of Agreement (MOA) signing last 3 November 2021 between Xavier Ateneo President Fr Mars Tan and then City Mayor Oscar Moreno. Present during the MOA signing were City Councilor Ian Mark Nacaya, then City Building Official Engr Jenito Asequia, and members of the Expanded Green Building Technical Working Group via virtual platform.

To come up with the recommendations, the XU GB team conducted an analysis of gaps in the proposed green building ordinance for Cagayan de Oro City, which is being introduced by Councilor Nacaya, vis a vis the Philippine Green Building Code (PGBC), a referral code of the National Building Code (PD 1096) launched in 2015. The gap analysis identified where standards are explicitly called for or are mentioned as requirements in the PGBC. The XU GB team’s set of recommendations focused on localized GB standards aimed at mitigating the impact of buildings in Cagayan de Oro City on the natural environment, through sustainable design and construction practices, while remaining consistent with the City's context for green buildings. Emulating the PGBC, the recommended localized green building code sets the minimum standards on energy efficiency, water efficiency, materials sustainability, solid waste management, site sustainability and indoor environmental quality for compliance for new constructions. However, some of the recommendations extended beyond the core requirements of the PGBC, taking into account standards that have acceptance in the industry from a wide set of professional bodies. Under this code, new building constructions must meet local and national government green building, as well as environmental, requirements. As a move forward towards the goal of becoming a green Cagayan de Oro City, the XU GB team also recommended giving tax incentives to developers of buildings that are outside the coverage and applicability of the proposed green building code, who voluntarily apply for green building certification. 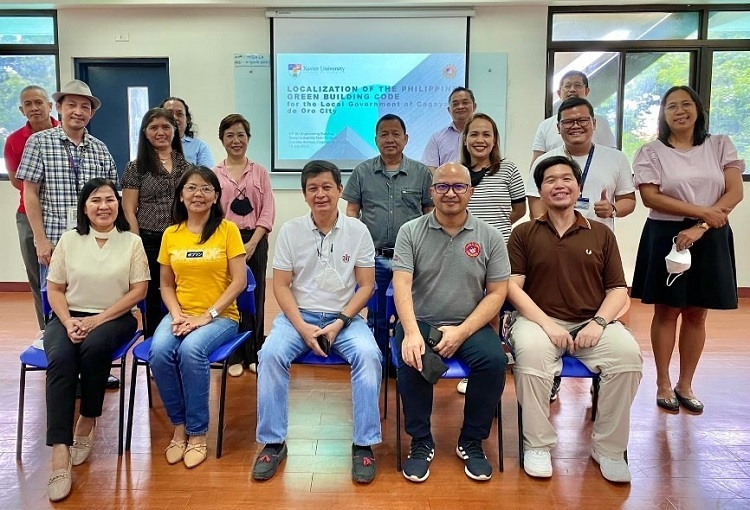