A Sabbath on the Longest Day of the Year (2021), directed by Edmund Telmo, an alumnus of Xavier University bested other 14 entries in the Short Feature category at the 34th Gawad CCP Para sa Alternatibong Pelikula at Video. Gawad Alternatibo is the longest-running independent film competition of its kind in Asia and recognizes the best entries in four main competition categories namely, Animation, Experimental, Documentary, and Short Feature. Sabbath previously competed at the 2021 Bangkok ASEAN Film Festival last December 2021, screened at Short Out Festival in Italy last July 2022, and currently competing as finalist at the 2022 SeaShorts Film Festival in Malaysia. 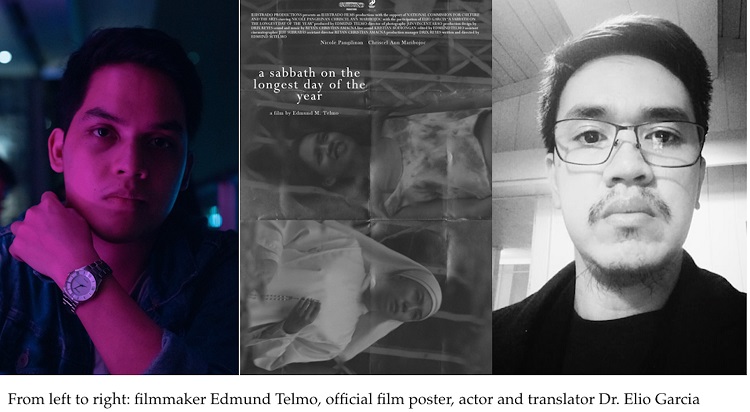 Shot in black and white, filled with ellipses and poised between the sacred and the profane, the profound and the mundane, Telmo’s latest film signals a new direction in his aesthetics though his moral questions that run in his previous films remain evident. The film’s main characters Historia, a nun, portrayed by Nicole Pangilinan, and Kris, a prisoner’s daughter, portrayed by Chriscel Ann Maribojoc effectively embody the moral and philosophical tensions that Sabbath provocatively captures. XU’s literature and film professor, Dr. Elio Garcia, also portrayed as priest and served as translator for the film. Sabbath can be viewed through this link: https://cinemata.org/view?m=8VvpyFmWD