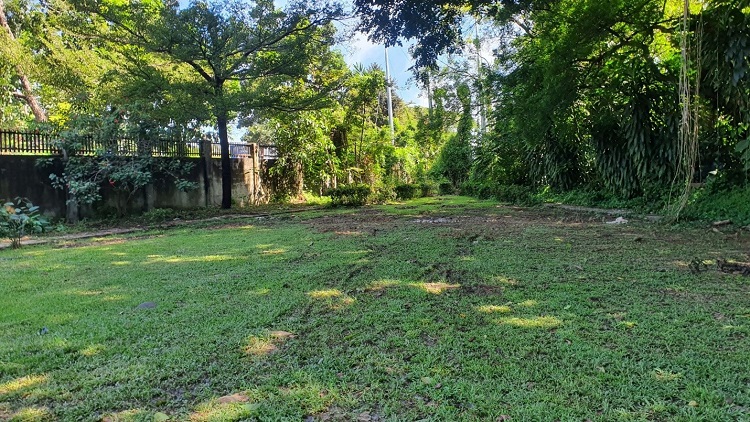 In 2014, the Jesuit community of Cagayan de Oro met and began discussing the need to construct a four-level niche at the side of the Jesuit cemetery in Searsolin to serve as the final resting place of our departed brothers in the Lord. This was deemed necessary since the ground was becoming difficult to dig due to the hard adobe soil. The atmosphere is also not conducive for family, friends, and the Jesuit community to pray and remember the dead, due to the adjacent busy traffic of Masterson Avenue.

Thus, the Jesuit Community had an initial plan to exhume the remains of our deceased brothers and transfer them to the planned multi-level niche with a developed space conducive for prayer and remembrance. By 2017, the project was sent to Province leadership for confirmation. Subsequently, the Province Leadership approved the construction of the niche, the exhumation, and cremation of the dead, and their transfer to the new niche. The construction of the niche was finished in 2019, but due to the Covid pandemic, the exhumation and cremation did not push through.

Finally, last June 2022, the Jesuit Community was able to continue the project, and it providentially timed with Xavier University’s preparations for the building of its “Campus of the Future”. The Jesuit community carried on with the exhumation and cremation of the remains of our deceased brothers resting at the old Jesuit cemetery in Searsolin. The exhumation was directly and personally supervised by Sch. Franz Docto, SJ, himself an architect by profession. After securing all necessary government permits, the Jesuit Community hired JMG Construction and General Merchandise to do the exhumation while coordinating with the Divine Shepherd Memorial Inc. for the cremation of all the remains of our deceased brothers.

In the morning of June 20, Fr. IJ Chan-Gonzaga, SJ, Rector of the Jesuit Community of Cagayan de Oro, together with our two Jesuit regents, led the exhumation and cremation rites and prayers. Sch. Franz, assisted by Sch Ren Mariano, SJ oversaw and closely monitored the work until all the remains of our brother-Jesuits were properly exhumed, marked, and cremated. On June 23, after the cremation of all the exhumed remains, Fr. Rector and the two other Jesuits led the blessing and prayers over the temporary location of the urns, which is a small room in Searsolin. 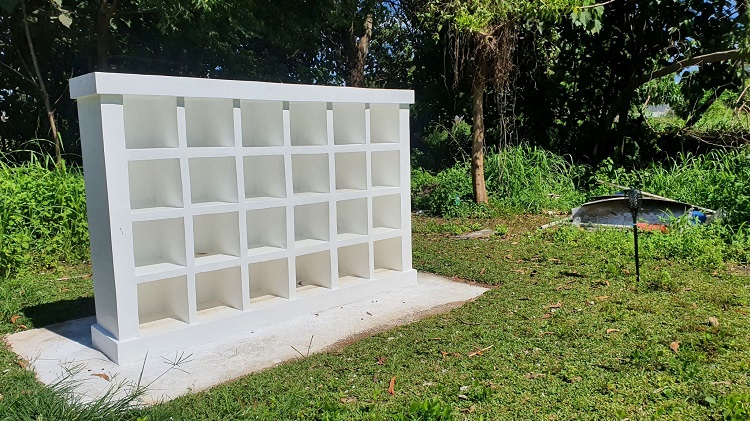 It is our earnest hope that in 2026, the remains of our deceased brothers will be transferred to their permanent resting place where friends, family, and their brother Jesuits can gather to pray for their souls and remember their lives spent for the service of God and neighbor.