XSF celebrates its 54th Anniversary with a tribute to Fr. Masterson’s impossible dream 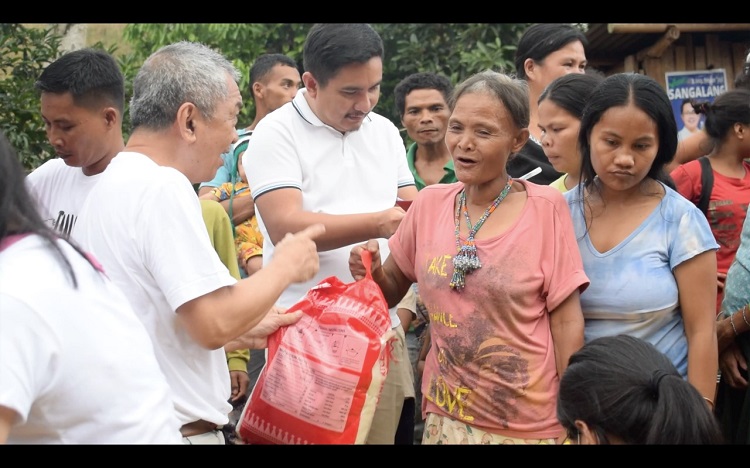 “My friends, only those who can see the invisible, God in man and his providential actuations, can do the impossible.”  - Fr William F. Masterson, SJ

To continue Fr Masterson’s legacy, the Xavier Science Foundation, Inc. (XSF) refrained from its traditional celebration of feast and party and instead, held a two-day immersion of giving and feeding the hungry in barangay Zamboanguita, Malaybalay City in Bukidnon on September 9 to 10, 2022. Prior to this, the event also marked Fr. Masterson’s 38th death anniversary on September 6 with participation from the Xavier University (XU) College of Agriculture, the XU Social Development Cluster through the Volunteer Staff, Faculty and Formators from the Social Involvement and Advocacy Program (SIAP), XU Senior High School (SHS) Department and Health Services.

The call to end the starvation of the people, especially the Indigenous Peoples of Sitio Mahayag, is a program initiated in pursuit of the Philippine Renewed Province Plan (RPP) of the Society of Jesus. The platform to implement the Thrust 2 of the RPP with focus on Feeding the Hungry Children and Creating Sustainable Livelihoods was established by Xavier University – Ateneo de Cagayan, the Bukidnon Mission District (BMD) of the Society of Jesus and XSF.

The T2 Platform supports the feeding and community empowerment program in the BMD piloted in Mary Mediatrix of All Grace Parish in Barangay Zamboanguita, Malaybalay City headed by Fr Noel “Weng” Bava, SJ.

Fr Weng shared that the mission was initially a supplemental feeding program for 20 children in the barangay and that it presupposes that they already have regular meals at home, with their weight strictly monitored and with mothers able to provide actual marketing, cooking and preparation of the children’s meals as counterpart to the program. However, as the months progress, the number of children decreases with mothers not able to sustain their commitment. With this, the Parish explored to reach out to Lumad kids, who have been coming down from Sitio Balaodo, a village belonging to Agusan Province but nearer to the parish district in Malaybalay City. 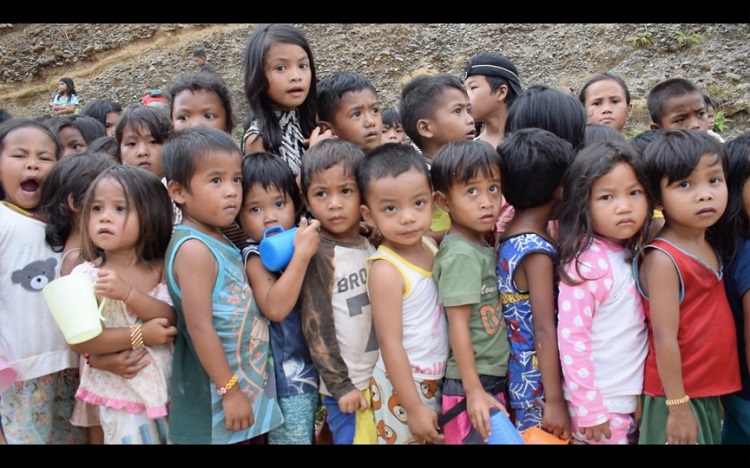 Lumad children patiently line up to be served with hot chicken macaroni soup with their small containers on hand.

He recalled that only about 50 malnourished Lumad kids in the area joined in the beginning but as they continue to feed them week after week, the numbers grew to over a hundred. Often, the prepared meals are not enough as even the parents and grandparents often line up for a chance to get a meal.

With this, XSF gathered support from individuals and partners to facilitate a donation drive for food and clothing items to be given to 80 families, who were displaced because of the intermittent clashes between the rebel groups and the military. Most families also go down because they are running out of food, or have exhausted their harvest of corn and root crops. They would also try to sell abaca fibers for only Php270 which is not enough to sustain a family of five. They walk eight hours to Sitio Mahayag in Malaybalay which is nearer compared to the two days walk down to Agusan proper.

The children, those who can endure the long walk, would come with their parents to get a chance to some hot meals come Fridays of the week as the parish usually provides the feeding on this day. Poverty and hunger have become a cycle that Lumad families are experiencing more so now with the impact of the pandemic to upland communities. 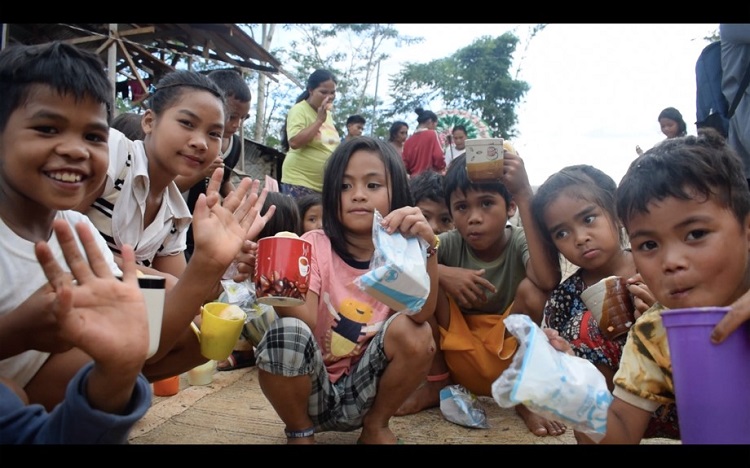 On September 9, more than 100 children came to the feeding program, all eagerly anticipating the hot meal prepared for them which came with a small toy as a freebie. Their gratitude was genuinely expressed through their smiles.  Aside from this, the XSF and XU team also provided materials and basic hygiene and sanitation items for the 30 Lumad students housed in the San Pedro Calungsod Domitory. 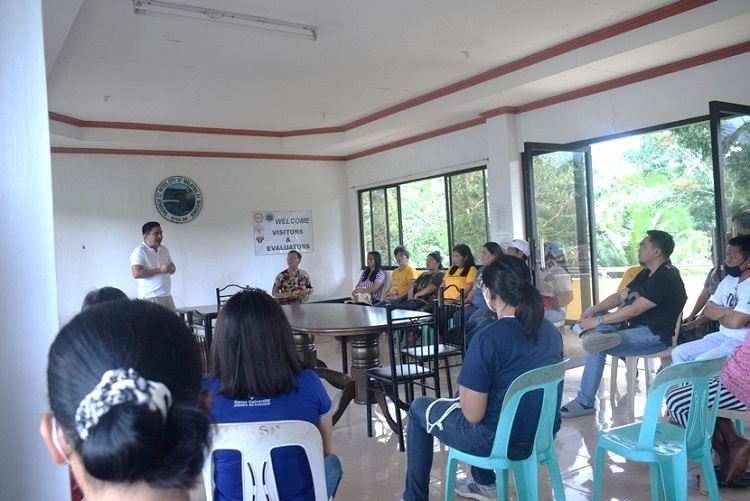 It was Fr Masterson’s impossible dream to end poverty and hunger in Mindanao but the effort of providing nutritious food with support from kind-hearted individuals may not be enough. There is a need for a more sustainable and resilient reform of government programs which could be achieved with the collaborative efforts of institutions, civil society organizations, academe, and local government units as well as the church.

With this initiative, the local government officials of Barangay St. Peters, where sitio Mahayag is a part of, are given hope. They will coordinate with the parish for future engagement in sustaining the efforts of providing basic services to the Lumad communities. Beyond the borders and administrative jurisdictions, the BLGU will strive to support the program. 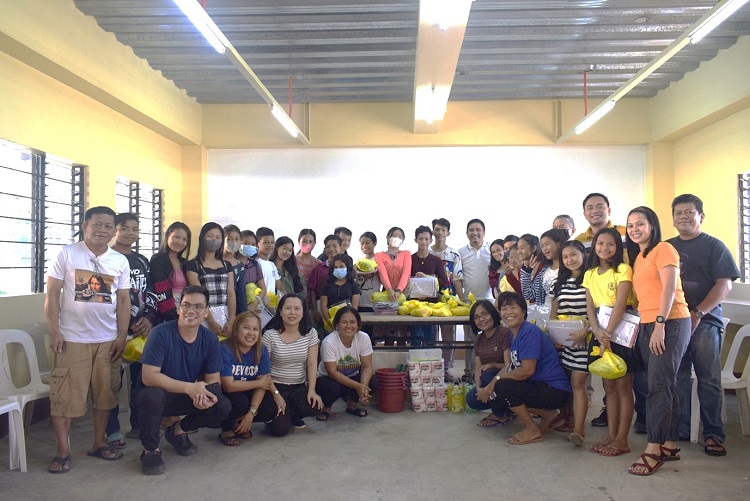 It was a short time spent with the Lumad families in Zamboanguita and the challenge is still far larger and deeper. But the Parish of Zamboanguita with Fr Weng’s leadership only shows that God’s providence is something that is possible if man only truly believes in God. Fr Weng explained that the initiative, “Come, Feed My Lambs,” is a desire springing from Christ’s intention to prevent the hunger of HIS children; it also means to listen to their stories of woes, touching their hurts and healing their various illnesses.