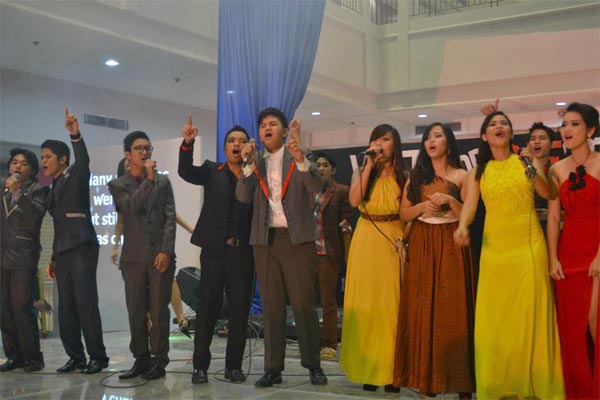 Communicaton Media and Society students of Development Communication will be re-staging their advocacy concert titled, "Vote or Die Trying" on May 9, 5:30pm at the Centrio Ayala Mall.

As in the first show, which was staged on March 2 at the Limketkai Atrium, the voters' education concert will feature 12 original songs written by the students themselves.

The class has also produced a CD album which will be sold during the May 9 concert. Sales proceeds of the CD album will go directly to the Gahum Scholarship Program of the Development Communication Society.