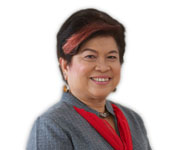 Department of Social Welfare and Development Secretary Corazon “Dinky” Soliman will be the guest speaker at the 75thCommencement Exercises of Xavier University (XU) on March 27-29. Sec Soliman will also receive an honorary doctorate in the humanities during the University Convocation.

In giving the distinction, XU recognizes the Secretary’s“exemplary contributions to social work and community development, and her untiring, unflinching and methodical service to the Filipino people especially in Mindanao.”
XU acknowledges, in particular, Sec Soliman and her team’s role in responding quickly and ably to the needs of the people in Mindanao during Typhoons Sendong and Pablo, and the MNLF siege of Zamboanga City.

Sec Soliman is a recipient of various awards and citations,among them the Ten Outstanding Women in the Nation’s Service Award in 1992 and the Most Distinguished Alumnus Award given by the University of the Philippines, also in 1992.
She is expected to address about 2,000 graduates of the Class of 2014 on March 27, Thursday, at the XU Gym. 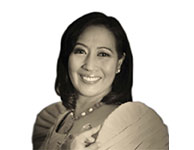 The Fr Masterson Award is given to individuals who renderoutstanding service to the community for the growth and development of the country, especially of Mindanao. MayorClimaco-Salazar has done tremendous work in her home city, rallying the Zamboangueños to rebuild Zamboanga after the MNLF siege in 2013. Back in 2006 under her leadership as vice mayor, the City Council of Zamboanga was adjudged as theSecond Most Outstanding Council in the entire Philippines. 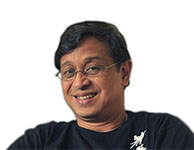 Meanwhile, Labad, who heads the National Committee on Dramatic Arts of the National Commission for Culture and Arts, is a dedicated advocate of the preservation of Philippine culture and the arts, which is what the Fr Demetrio Award stands for.More than the musical scores he has composed for varioustheater and film productions, including that of award-winningdirector Lino Brocka, Labad has helped establish art programs that raise the quality of life in his hometown of Bohol. Among others, he founded the Bohol Cultural Collectives Network. TheUniversity describes him as “a stalwart supporter of community organization through the arts, a true Filipino artist whose work has preserved, enriched and cultivated our Philippine cultural identity.”

XU’s Commencement Exercises will be aired live over Parasat. Cable Community Billboard Channel and streamed online at www.xu.edu.ph starting 7:30 am on March 27 for the Baccalaureate Mass and University Convocation, and 2:45 pm on March 28 and 29 for the Graduation rites.