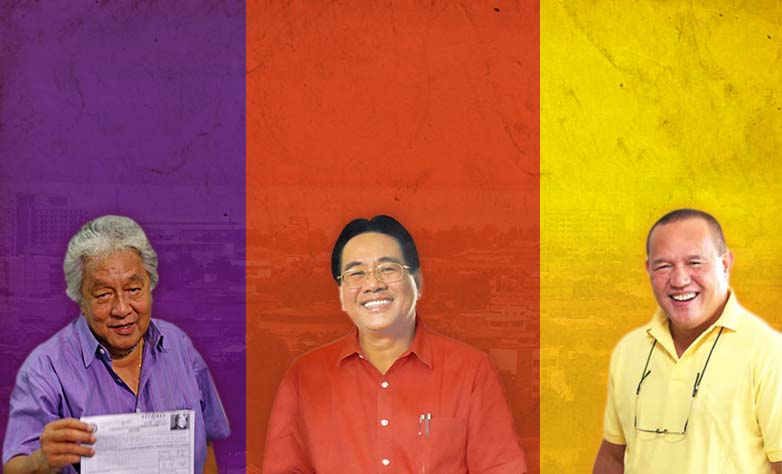 Emano is the preferred choice of 31.75 percent of respondents. Moreno got 30.50 percent and Rodriguez 25.75 percent. Undecided voters accounted for 11.88 percent. The poll has a sample size of 800 and a margin of error of plus or minus 3.2 percentage points at the city level. A statistical tie among the candidates indicates that none of them has a significant lead over the others or that any of them can win for the particular position.

A look at the results by district reveals that Moreno commanded 39.68 percent of votes in District 1, followed by Emano with 31.22 percent. Rodriguez got 19.58 percent. This puts Moreno and Emano in a statistical tie, with Moreno’s lead within the margin of error of plus or minus 4.9 percentage points.

Emano acquired 32.23 percent in District 2. Within points of Emano is Rodriguez with 31.28 percent, while Moreno had 22.27 percent. This means that in the Second District, it is Emano and Rodriguez who are in a statistical tie given the margin of error of plus or minus 4.5 percentage points.

It is also a hard-fought and tight congressional race. In the First District, Rolando Uy and Candy Darimbang are locked in a statistical tie with 48.94 percent and 45.77 percent, respectively, with a margin of error of plus or minus 5 percentage points. 5.29 percent of those asked were still undecided.

In the Second District, Ramon Tabor, who got 36.02 percent, is in a statistical tie with Maxie Rodriguez who achieved 35.80 percent. Edgar Cabanlas got 16.11 percent. The margin of error is at plus or minus 4.6 percentage points. Respondents who were undecided accounted for 10.43 percent.

Davao City Mayor Rodrigo Duterte leads significantly in the presidential contest getting 47.50 percent of votes. Grace Poe with 19.13 percent is in a statistical tie with Jejomar Binay who got 16.38 percent. Mar Roxas is in the fourth spot with 12.25 percent and Miriam Santiago in the last spot with 0.13 percent. 4.62 percent of the respondents were undecided. The margin of error is at plus or minus 3.5 percentage points.

Results for the vice presidential race showed a statistical tie among Peter Cayetano with 21.12 percent, Ferdinand Marcos Jr also with 21.12 percent and Francis Escudero with 21.00 percent. Leni Robredo got the nod of 16.88 percent of voters, followed by Antonio Trillanes with 7.00 percent and Gringo Honasan with 5.62 percent. Undecided voters comprised 7.25 percent. The margin of error is at plus or minus 3 percentage points.

The XU-KRC survey also asked respondents to identify urgent problems in their barangay.

For Peace and Order, the top three concerns identified were illegal drugs, theft and robbery, and illegal parking of trucks and other vehicles.

Respondents named canals and drainage as the top issues in Basic Services, followed by water supply, then roads.

The XU-KRC survey used a systematic random sampling in the selection of households. The sample size of 800 was allocated proportionately to Districts 1 and 2.

The research was fully funded by Xavier University.

A second survey will be conducted by KRC closer to the election date, with an expected release date on the first week of May.

You may download the complete survey results in tabular form here. For more information, please contact Dr Astrid Sinco of the Kinaadman Research Center at 858 3116 local 2045 or send a message here.