Local artists converge for ‘Art for Rice’ cause 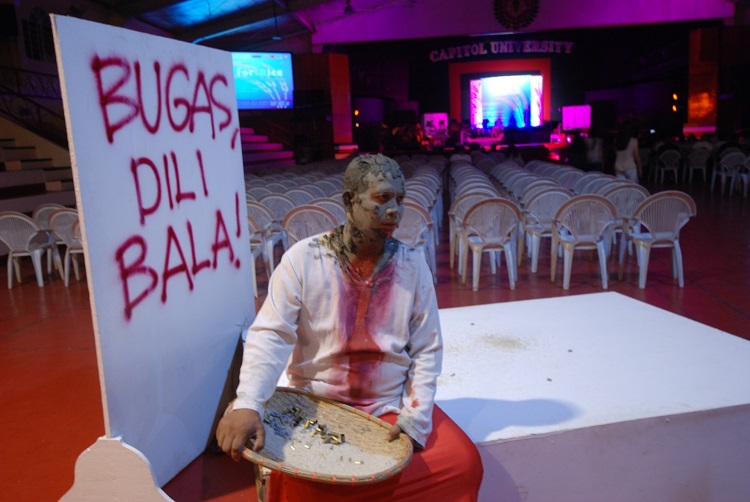 Artists and fans of art came together to echo the call for justice and unite for a cause.

Xavier University, through the Xavier Center for Culture and Arts (XCCA) and Department of English Language and Literature, and Nagkahiusang Magsusulat sa Cagayan de Oro (NAGMAC), together with Liceo de Cagayan University and Capitol University, organized a series of shows in support of the more than 3,000 farmer-protesters in Kidapawan who, in late March, demanded government assistance in the wake of the effects of extreme dry spell, but were instead shot at and dispersed violently by the police.

When news of what had happened in Kidapawan struck, XCCA director Hobart Savior immediately called out to his friends in the art scene through a Facebook post for help in staging a series of benefit shows to raise funds for the victims. As soon as the post was made, interest from artists to lend a hand poured in.

About 200 local artists – poets, writers, dancers, musicians – joined forces to stage “Art for Rice” in behalf of the El Niño victims not only in Kidapawan, but also in parts of North Cotabato and Maguindanao

“Maganda ang social dimension ng art, it breaks insularity and barriers,” said Savior. “What happened tonight was a convergence of all the artists who come from different institutions and even those who came in their own personal capacities. We have Xavier University, Liceo de Cagayan University and Capitol University in one stage. And that is something.”

“It’s also important that artists move out of their own cocoons, and link and work with other artists because, if there are many of us, art becomes stronger; it will define our humanity,” the director said.

Musicians and singers delivered songs of hope. Interpretive dancers portrayed the horrors and struggles of the farmers, and the role of farming in the lives of our ancestors.

Poets recited pieces on the meaning of rice to us as Filipino, reminding audiences of how parents admonish their children not to leave a grain on their plates and to be grateful for having something to eat.

The Art for Rice held at the Capitol University Gymnasium on May 6 served as the grand finale show of a series of smaller shows held at the XU Little Theatre from April 18 to 19.

The shows were able to gather nearly Php50,000 and donations in kind from numerous organizations and individuals. 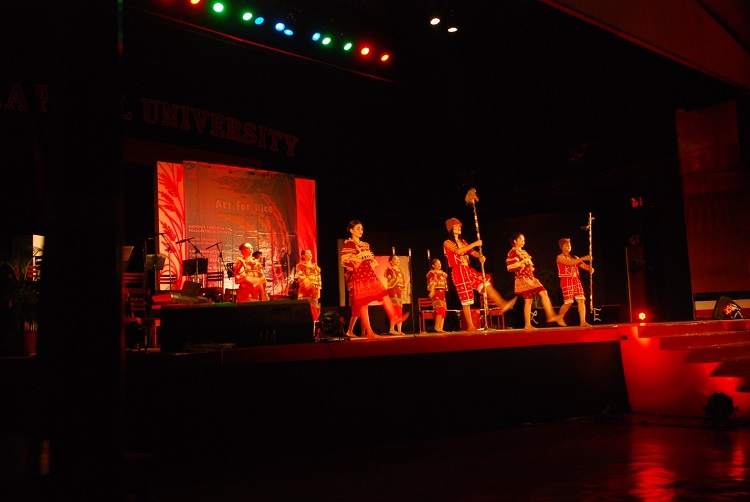 DANCE OF OUR PEOPLE. Liceo Folkloric Dance Troupe on stage reminding us of our roots and how farming plays a big role in our culture.