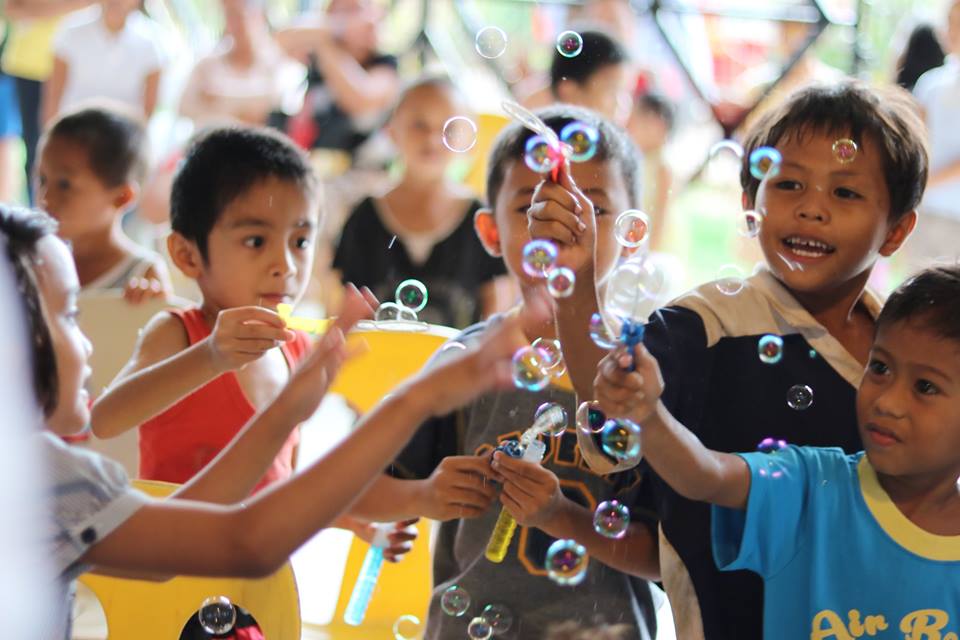 SHARED HAPPINESS. Xavier Ecoville kids bask in happiness after the Global Bubble Parade on May 29.

Happiness permeated Xavier Ecoville during the Global Bubble Parade (GBP) on May 29 — the first not just in the Philippines, but in Southeast Asia.

The Bubble Parade is an international “movement of passionate individuals who share the belief that that happiness is the journey, not the destination, by joining together in peaceful local parades of soap bubbles.”

Aimed at promoting resiliency, diversity, and positive interactions within communities, the Bubble Parade is the brainchild of the 100happydays Foundation.

Xavier Ecoville took part in the Kagay-anon version of the parade, coined “Ambit Kalipay,” meaning “share happiness.” Four years ago, Xavier University – Ateneo de Cagayan and the local government established Xavier Ecoville as the resettlement village for the victims of Typhoon Sendong, which rendered thousands of families homeless. Today, Ecoville stands as a testament to the resiliency of the families who survived the calamity.

After the parade, the festival continued with games and an array of performances by local talents and the children of Xavier Ecoville.  To ensure that everyone went home with a smile, the kids were given ice cream.

Evans Rosauro I Yonson, overall director of GBP-PH, shares, “I think we have achieved our set goals — to hold the first-ever Bubble Parade in the Philippines.”

“It may not have been that grand but seeing the faces of the children with their bubbles is already a clear indication that our event was a success,” Yonson says, adding that the Bubble Parade made him realize that happiness can always create ripples of positivity when shared.

More than your Happiness Heroes

Ambit Kalipay was hosted by the Ridge-to-Reef Young Leaders Camp, a project that sprung from the Seeds for the Future Grant of the US Department of State’s Young Southeast Asian Leaders Initiative (YSEALI).

Held from December 2015 to March 2016, the four-phase camp gathered young leaders from all over Bukidnon and Cagayan de Oro City to deepen their awareness on the environmental issues and the appreciation for the interconnectedness of the mountains, rivers, and seas.

Other than this year’s Bubble Parade, the organizers of the Ridge-to-Reef Young Leaders Camp will also host an event called “TREEE” (Engage, Express, Exchange) on June 4.

As part of the YSEALI YOUnified for #1Earth Campaign, the program aims to raise youth participation for the environment through the following:

More than 200,000 people in over 60 countries across the world joined this year "to build more resilient and diverse communities, to increase awareness about personal well-being and to create positive interactive experience between the city and its inhabitants.” ∎ 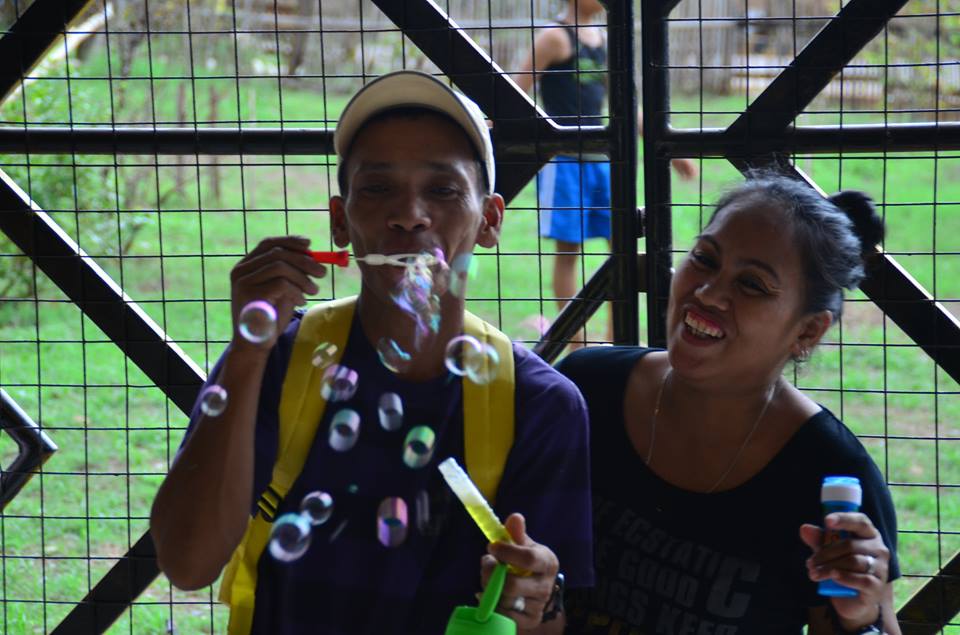 HAPPINESS FOR ALL AGES. Parents share a smile and join their children in spreading joy during the Global Bubble Parade at Xavier Ecoville.