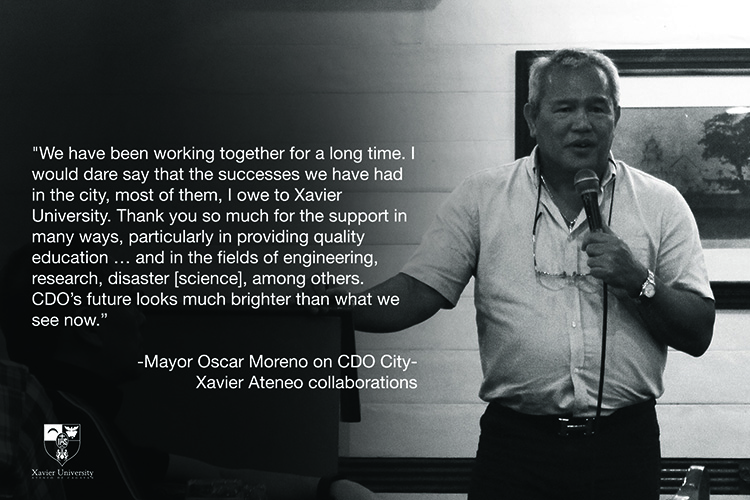 Cagayan de Oro City and Xavier University - Ateneo de Cagayan have grown hand in hand over the years. The synergy between the two paved the way for progress, not just in the city, but in Northern Mindanao in the larger picture.

As Xavier Ateneo stands with its service mantra of being a “university for others,” the city had been and continues to be shaped by visionaries and leaders who were formed and honed under its esteemed wings and tutelage. The Jesuit-run XU has earned the moniker of being the “the heart and mind of the City of Golden Friendship.”

In the first-ever Board of Trustees Speaker Series, held on March 3 at the Kagay-anon Restaurant, XU alumnus and Cagayan de Oro City Mayor Oscar S Moreno spoke of this robust relationship before a crowd composed of the trustees, administrators, deans, principals, faculty, staff, and students.

“What can Xavier University expect from Cagayan de Oro City?” he began. “Way back in the 1960s, one of the best decades in the history of the city, then-Mayor Justiniano Borja sought the expansion and transformation of the city. Jesuits from Xavier: Fr [William] Masterson was very visible; Fr [William] Nicholson was always there. … The point I want to emphasize here is that Mayor Borja made the right decisions and I’m sure he had the advice of the Jesuits, who played strategic roles in the expansion and development of the city,” Moreno shared.

During the time of Mayor Nene Pimentel, Moreno related, CDO became one of the models of freedom-loving cities. “We stood tall in opposing the Martial Law,” he said. Moreno highlighted that the developments of the city are fundamentally attributed to CDO’s position in Mindanao, the second largest island of the Philippines. “CDO’s future looks much brighter than what we see or imagine now. We have significant advantages and one of which is location. We are very strategic. … When the Americans came in the early 1900s to introduce their educational system, they have seen the strategic location of then Cagayan de Misamis. They decided to put up the first high school [in 1909] in CDO — now the Misamis Oriental General Comprehensive High School (MOGCHS). Now, more than ever, CDO has become the educational center of the upper half of Mindanao and CDO has become a ‘convergence city’ and trading hub. Our CDO port, for example, is the third busiest port in the country.”

Moreno, in his 50-minute speech, also reminisced his beginnings as a “bugoy” student at Xavier Ateneo High School, who later learned the values of discipline and camaraderie.

“I am very grateful of the discipline I got from the Jesuits. I won’t be where I am today if not because of Xavier,” he said.

Apropos to his student life at XU, Moreno also advised the present Xavier Ateneans to study hard and get involved in social issues: “Study your lessons. Nothing beats education. You’ll be much better than us. I’m sure of that. Just go to school and get involved. There are judgment issues that are very difficult even for politicians to avoid, like death penalty. Get involved and let your voices be heard. Study hard and you can do more. Prepare yourselves for a more difficult tomorrow.”

Moreno recognized that the city would not have earned the accolades and progressive monikers without XU’s academic and research expertise and commitment to social development.

“We have been working together for a long time. I would dare say that the successes we have had in the city, most of them, I owe to Xavier University. Thank you so much for your support in many ways, particularly in providing quality education … and in the fields of engineering, research, environment, and disaster [science], among others.”

With the expertise, creativity, and dedication of numerous XU alumni, Northern Mindanao has become one of the most progressive regions of the Philippines in the 21st century. Xavier Ateneo, for more than eight decades now, has provided the city and the country with competent and Jesuit-educated professionals in different fields. 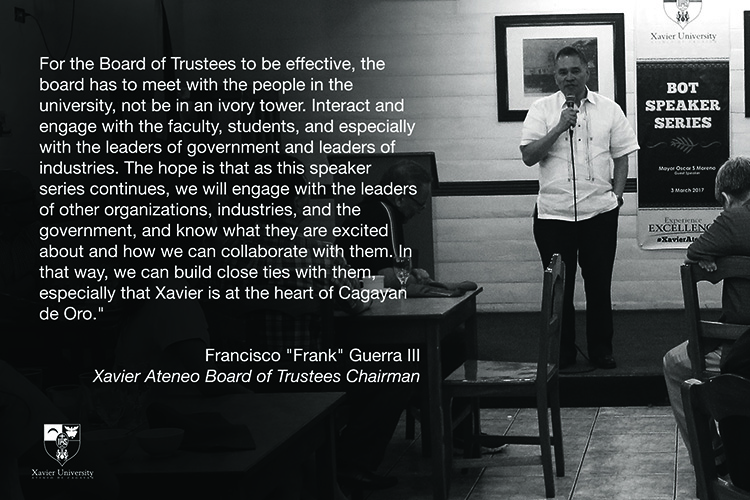 Fellow alumnus and Xavier Ateneo Board of Trustees chairman Francisco "Frank" Guerra III also expressed his gratitude to Moreno for sharing his ongoing projects and plans for the city.

“We are very honored and deeply appreciative of your presence here with us tonight. We call it the BOT Speaker Series mainly because it is an effort, under the inspiration of [XU president] Father Bobby [Yap SJ], to bring the board closer and really engaged in the community. For the board to be effective, we have to meet the people in the university and not be in an ivory tower,” he said during his closing message.

“The hope is that as this speaker series continues, we will engage with the leaders of other organizations, industries, and the government, and know what they are excited about and how we can collaborate with them,” Guerra added.

The growth of Cagayan de Oro City continues to provide Xavier University with opportunities and challenges to take on, and in turn, making her educational mission as its utmost contribution in bolstering this momentum of development. ∎ (Report by Stephen Pedroza | Photos and graphics by Rico Magallona) 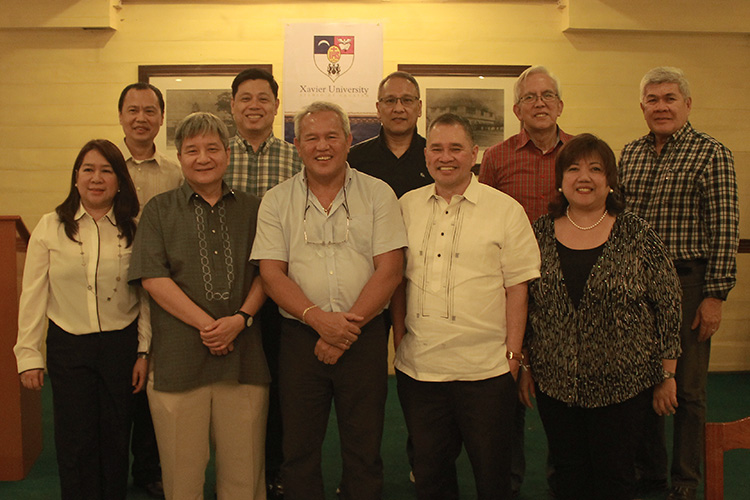 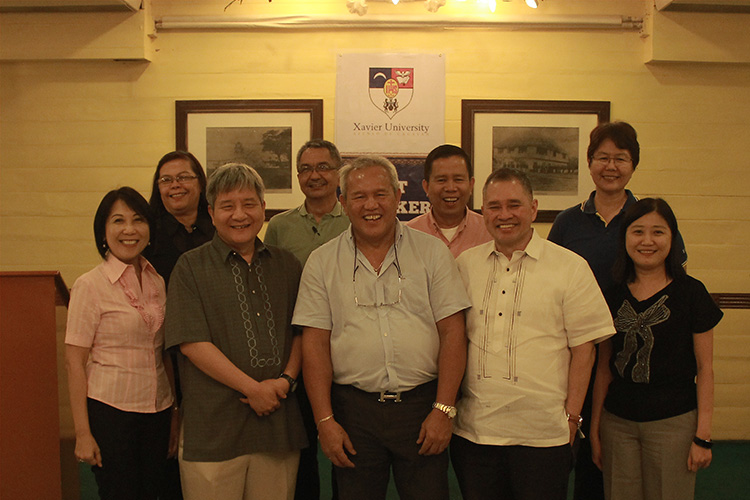 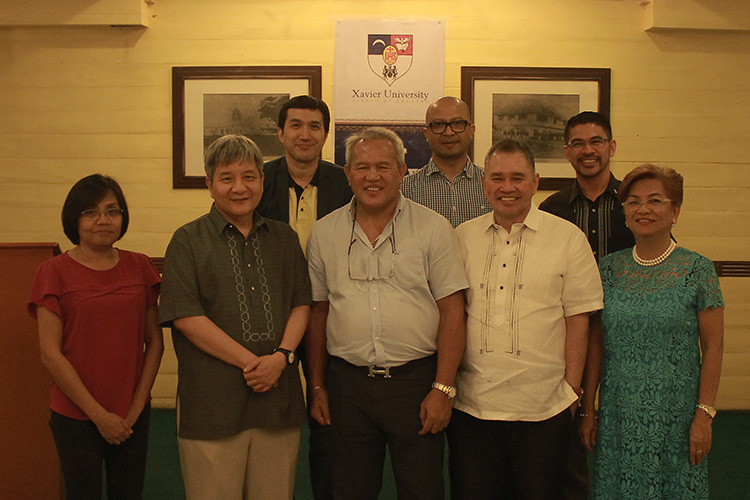 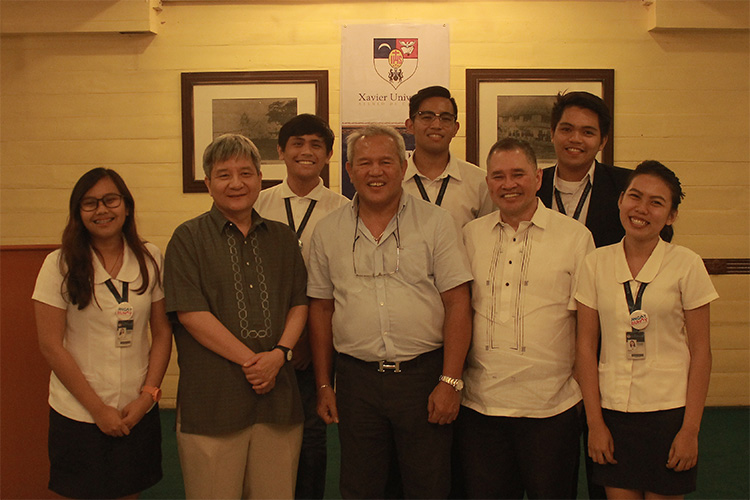