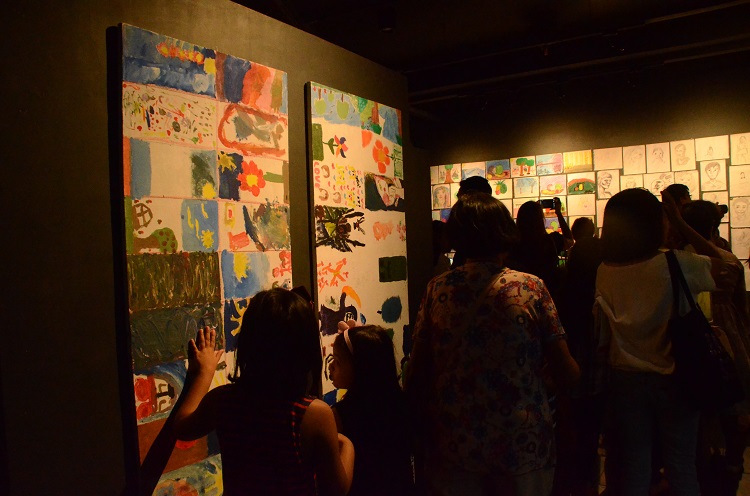 KIDS AND ARTWORKS. The Fr Demetrio SJ Gallery at Xavier University’s very own Museo de Oro was packed full of kids, older and younger brothers and sisters, aunts and uncles, grandparents, and proud parents looking at the artworks on the walls. Children posed for pictures with their artworks, pointing and touching the surfaces even when there were tiny warnings on each section.

Text and photos by Alex Belen

Despite the dreary weather that spoiled the Sining Sa Tag-araw 2017’s culminating exhibit’s opening ceremony on May 12, the excitement of the attending families did not get dampened.

The Fr Demetrio SJ Gallery at Xavier University’s very own Museo de Oro was packed full of kids, older and younger brothers and sisters, aunts and uncles, grandparents, and parents looking at the artworks on the walls. Children posed for pictures with their artworks, pointing and touching the surfaces even when there were tiny warnings on each section saying: “PLEASE DO NOT TOUCH THE ARTWORKS.”

The excitement of the event spoke for itself; the lights may have been dimmed to highlight the art on display, but everyone’s eyes shone with wonder and joy.

Rambunctious and proud kids ran around pointing out where their works of art were stuck, tech-savvy older siblings and parents alike handled their smartphones as they took photos of their children next to their art.

Each of the walls in the room was covered in the products of the young artists’ imagination. 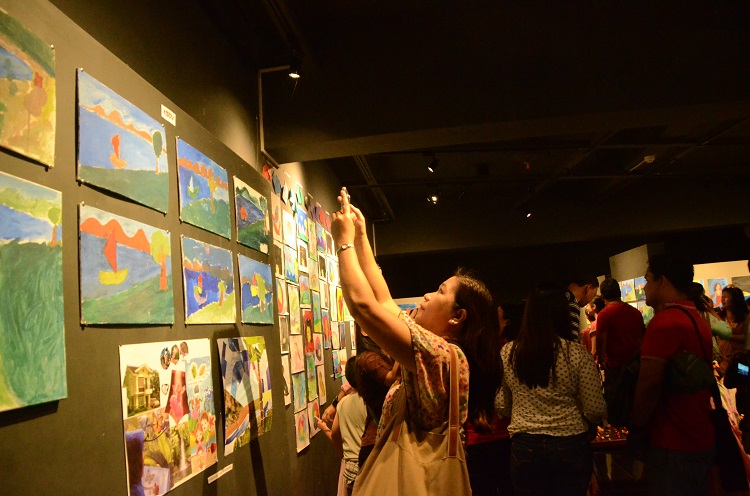 A MEMORY. A parent takes a photo of her child’s artwork.

Origami animal heads were attached the walls under a child’s name, then followed by a line of artworks.

Comic panels done in pencil decorated one part of a wall, and sketches of a home, and several places in and around campus (such as the statue of Loyola found at Campion Hall courtyard and the chapel facades), and even the Pulangi river decorated another. Even a castle from “Undertale” had been snuck into one of the drawings.

Canvas paintings hung under the lights, little clay fruits and snacks that look delicious enough to eat were lined up on a table for all to see.

At the forefront of the gallery was a lengthwise canvas mounted on a wall, covered in a patchwork of paintings.

Behind the wall was a television screen showing a video and slideshow of the progress done throughout the lessons.

Though the rain raged outside the Museo, the families found enough to be occupied with. 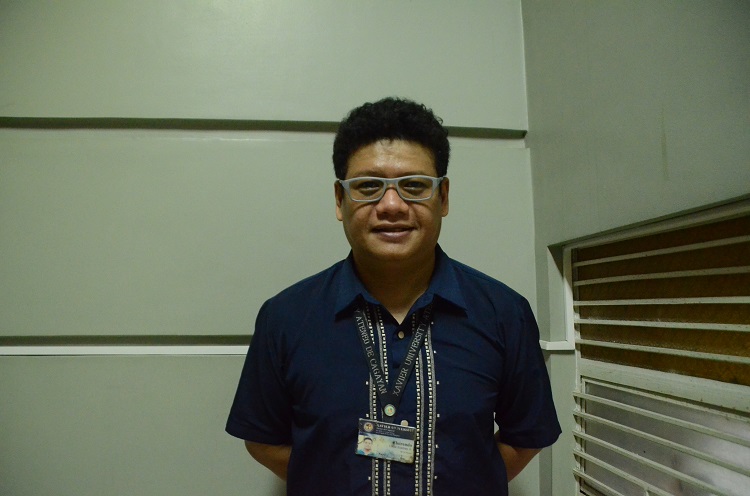 Museo's assistant curator and project coordinator Oscar Floirendo initially gave a speech that was sadly cut short by the disagreeable weather, but was all smiles as he shepherded the children and their families to the third floor where the exhibit was being held.

Floirendo reveals that the vision of Sining Sa Tag-Araw is to mold students in the visual arts. He is proud that in all of Cagayan de Oro, Xavier University is the only institution to have a regular summer art program that culminates in exhibiting the art outputs in a museum gallery.

“Later on, we found out the graduates [when they were still young] we found out that they had taken up Fine Arts in the University of the Philippines, or in other colleges, in art-related jobs, so we were happy that we made a contribution in molding them, kumbaga.” 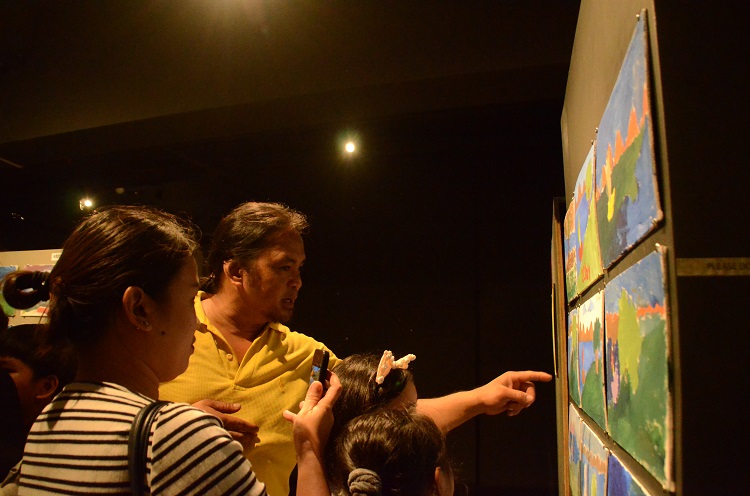 APPRECIATION. A father comments on his child’s canvas artwork.

Each year, professional and accomplished locally-based artists are invited to mentor the students, people who have been awarded with Philippine Art Awards and Top 10 Mindanao Artist Awards, among others.

One of the current resource artists this summer was Jake Vamenta, Grand Prize Winner of the Philippine Arts Awards in 2012.

Floirendo expressed his wish for the younger generation to gain an appreciation for arts and culture, citing that one of the first sessions in the workshop involved a free guided tour of the museum. ∎ 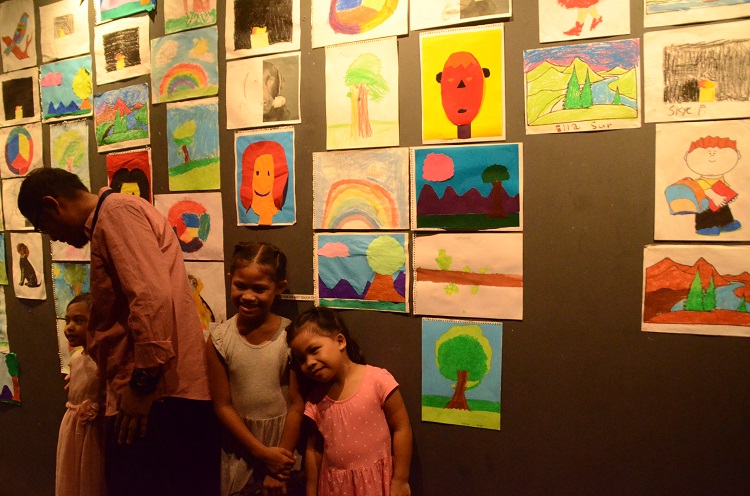 AN ACHIEVEMENT. Children pose for pictures with their artworks on the background. 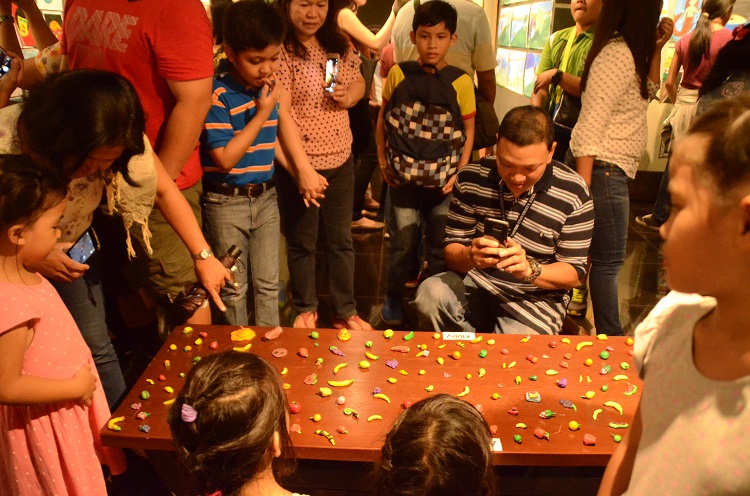 CLAY MEDIUM. Old and young alike flock around the little clay fruits laid out on the table. 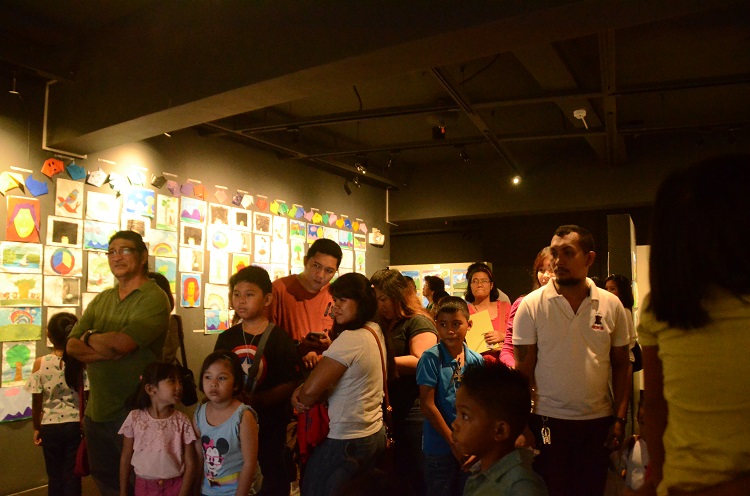 A FAMILY EVENT. A crowd of families looking at the walls covered in their children’s artworks. 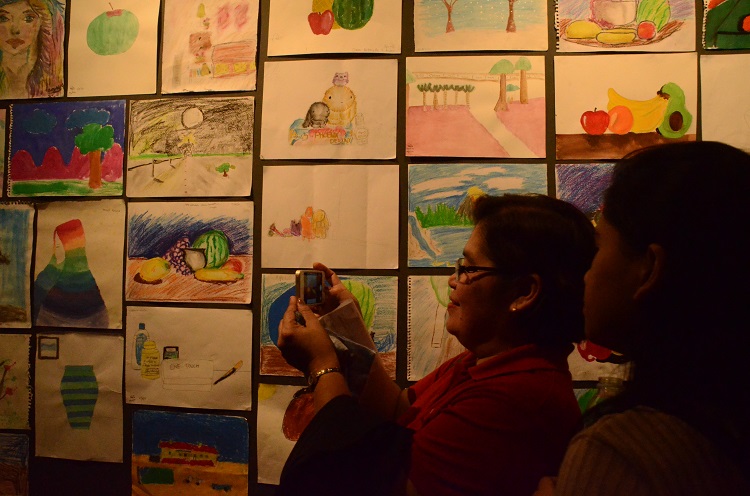 PROUD PARENT. A parent takes a photo of her child’s artwork. 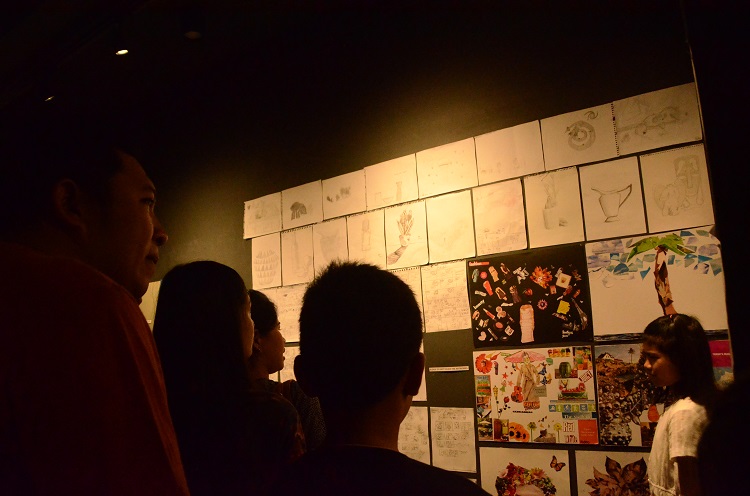 AN EXHIBIT. Artworks are hung on the walls for all to see.