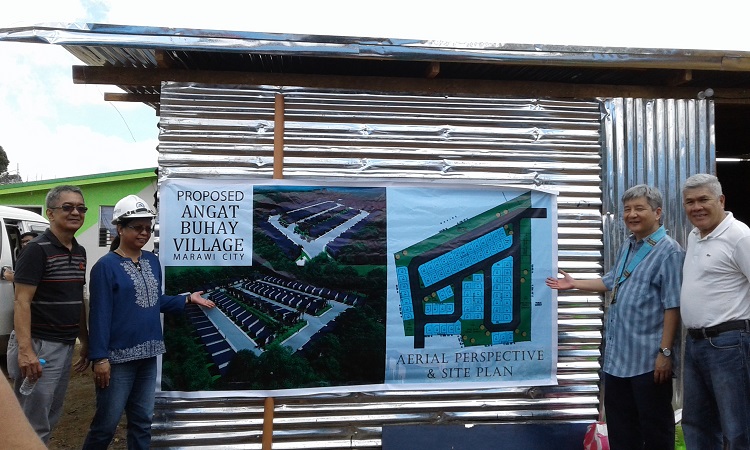 After the successful creation and integration of the Xavier Ecoville, a resettlement village for Typhoon Sendong survivors in Cagayan de Oro City, Xavier Ateneo has embarked on a similar undertaking of building a community — this time, in the war-torn city of Marawi.

Xavier Ateneo has committed to be the project manager for establishing a village of at least 60 transitory houses (good to last for five years) for internally displaced families (bakwits) who will need to wait for their permanent houses to be completed in what was the “battle zone” at the city center.

The groundbreaking ceremony for the “Angat Buhay Village” transpired in March in Barangay Sagonsongan, Marawi.

“It is wonderful that so many partners from the public and private sectors are involved in this project,” said Xavier Ateneo president Fr Roberto “Bobby” C Yap SJ in his message.

The Office of the Vice President (OVP) invited Xavier Ateneo to lead the said project considering the university's success in building the Xavier Ecoville in Barangay Lumbia, CDO.

VP Leni Robredo and her team hope to maximize their bridging role by encouraging collaborations among XU, the local government of Marawi, and other stakeholders that are aligned with this project.

Funding for the construction materials of the houses was sourced from the funds collected from over 24,000 donors of the “Piso Para sa Laban ni Leni” who have agreed to use their donations of around Php7M for this project.

The masterplan of the village and the design of the 24m2 house are being provided pro bono by the United Architects of the Philippines - QC Elliptical Chapter. Metro Stonerich Corp, the official contractor for the houses, will also provide engineers and labor pro bono.

The LGU of Marawi, led by Mayor Majul Usman Gandamra, secured the site in Brgy Sagonsongan for the said project.

The local government will undertake the site development activities with funding assistance from the Autonomous Region of Muslim Mindanao (ARMM) and Task Force Bangon Marawi, and will ensure that the houses will have connections for water and electricity.

The identification of beneficiaries and provision of the necessary support in the social preparation for the transfer of the bakwits to their houses will also be carried out by LGU Marawi, through their technical working group on Kambalingan (a Maranao term for "homecoming"), in coordination with Xavier Ateneo. 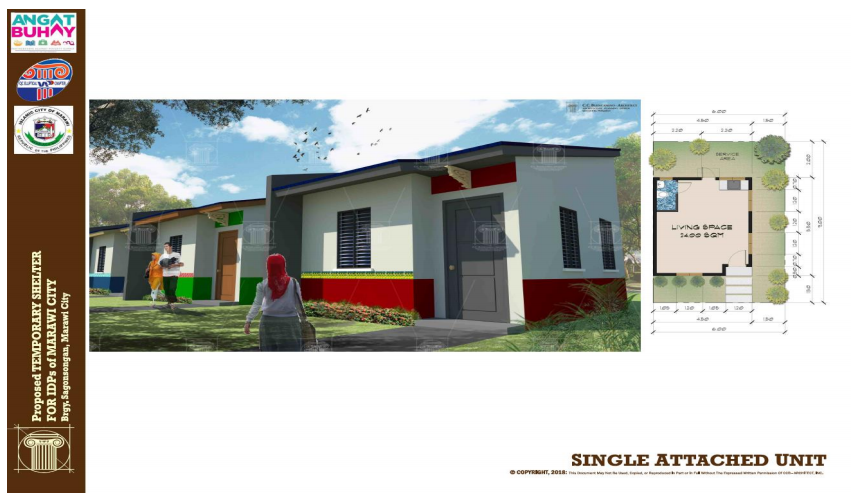 Bayanihan in the peripheries

“With the bayanihan of so many partners, we hope to have most houses ready for occupancy by 12th June 2018,” Yap said.

“As in Xavier Ecoville, the village XU built for Sendong survivors, we hope to work on this Marawi project following the principle, ‘we are not just building houses, we are building community.’ Xavier Ateneo will work with the LGU and CSOs, such as the Al-Mujadilah Development Foundation, for the social preparation of the beneficiaries, in ways appropriate and sensitive to Maranao culture,” Yap added.

Xavier Ateneo is appealing for donations that will fund the “soft” but equally important components of social preparation and holistic community development. These components include home starter kits, livelihood programs, and funding for the construction of temporary learning spaces.

XU’s engagement in this housing project is a continuation of its Tabang Marawi operations, which began almost immediately after the Marawi siege that erupted in May 2017 and has been sustained up to today, even after the fighting ceased in October 2017.

The Marawi siege was a five-month-long (May-October) urban battle in Marawi City, the capital of Lanao del Sur, between government forces and the ISIS-affiliated Maute Group, that displaced more than 600,000 individuals.

Among the early recovery interventions conducted through Tabang Marawi were: the agri-enterprise initiative for the families living in transitory villages, continued provision of food packs and relief goods, psychosocial interventions, building temporary learning spaces, and providing medical supplies and equipment. For the agri-livelihood program, Xavier Ateneo was assigned to provide linkage to market and capacity building, while the Latter-Day Saints Charities supplied the farm inputs and seeds.

Yap said that Tabang Marawi is Xavier Ateneo’s response to the invitation of Pope Francis “to go to the peripheries.”∎ 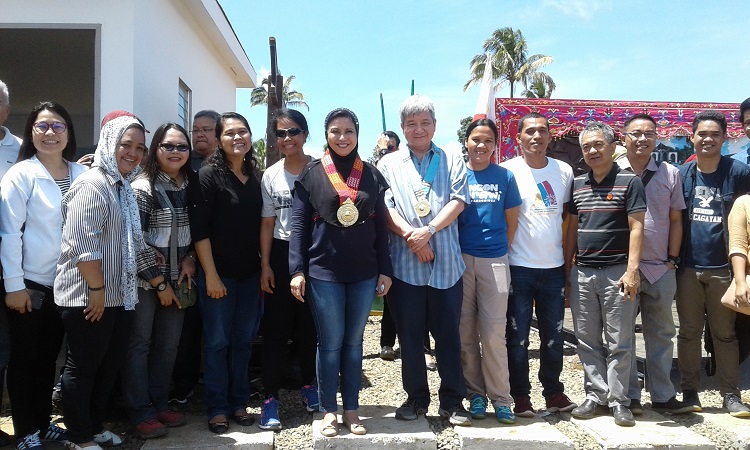