After the unprecedented decision of the Supreme Court (SC) to unseat Chief Justice Maria Lourdes Sereno on Friday, May 11, Xavier Ateneo president Fr Roberto C Yap SJ asked the university community to reflect on the outcome of the quo warranto petition and its implications to Philippine democracy.

“We should pause and reflect on what has happened today with the removal of Chief Justice Sereno,” Yap began. “We should not just see it as something that ordinarily happens, but really to see it in the bigger context that this is a sign of how our democracy is under threat.”

Ending in an 8-6-1 vote, the SC en banc granted the quo warranto petition filed by Solicitor General Jose Calida to remove the top magistrate from office on the basis of “an invalid appointment.” Although the decision is "immediately executory without a need for further action," Sereno's camp still has a chance to file a motion for reconsideration.

“The judicial independence has been damaged, the separation of powers has been damaged, and the sacredness of the Constitution has been tainted. As far as we know, an official like the Chief Justice can only be removed by impeachment. And yet this thing happened.”

Section 2 of Article 11 (Accountability of Public Officers) of the 1987 Philippine Constitution states:

The President, the Vice-President, the Members of the Supreme Court, the Members of the Constitutional Commissions, and the Ombudsman may be removed from office on impeachment for, and conviction of, culpable violation of the Constitution, treason, bribery, graft and corruption, other high crimes, or betrayal of public trust. All other public officers and employees may be removed from office as provided by law, but not by impeachment.

“This democracy, we have to protect it. We have to cherish the rights that we have and that we should be vigilant. We need not be passive bystanders just watching this, but we have to be involved and try to let our voices be heard."

For the first time in the history of the judiciary, the High Court ousted its own chief via quo warranto, a petition widely slammed for violating Sereno's constitutional right to an impeachment process in the Congress.

A quo warranto (Latin for “by what warrant or authority?”) is a legal procedure used to challenge an individual’s right to or authority over the position one holds. Rule 66 of the Rules of Court states that a quo warranto petition may be filed by the government or an individual against “a person who usurps, intrudes into, or unlawfully holds or exercises a public office, position or franchise." The solicitor general (being the government's principal lawyer) or a public prosecutor may file a quo warranto petition upon the order of the President.

Joining in spirit other schools and organizations across the country, the Advocacy Program of XU Social Development Office spearheaded a prayer vigil bearing the theme “Hiniusang Pag-ampo para sa Hustisya ug Demokrasya!” on Monday evening at the University Church grounds.

Yap expressed his anguish over the SC’s decision as he recalled his memories on Martial Law during the Marcos era, when the Supreme Court was criticized of enabling the dictatorship.

“When you look at the actions of the present Supreme Court, you really start to worry: the Marcos burial issue, the extension of Martial Law in Mindanao, and the removal of somebody in a very unusual way,” he said.

“Personally, as I said, I am very bothered by what has happened. I think it’s really a sad day for our country. It’s a sad day for our democracy. We need to be able to work harder to make sure that the democracy that was won in 1986 continues to be preserved.”∎ (By Stephen Pedroza, Samatha Bagayas, and Ana Arcayena) 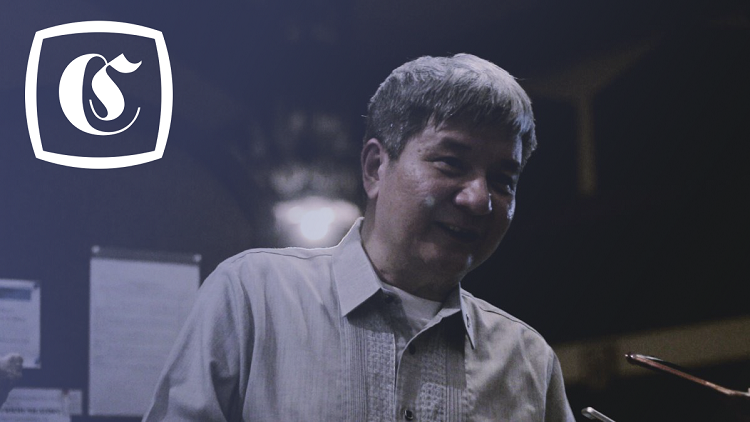