The Xavier Ateneo Junior High School community drew together for their annual Ignatian Spirituality in Education Workshop (ISEW) at the Jesuit Retreat House in Malaybalay, Bukidnon from May 7 to 9.

Every year, as part of the recommendation of the JHS formation council, the community re-examines an Ignatian value or principle as the main focus of their ISEW to foster unity among the members and deeper understanding that leads to more collective actions.

Magis (a philosophy of excellence and depth) serves as the focus of this year’s ISEW as the JHS community aims to pursue greater heights and aspirations. 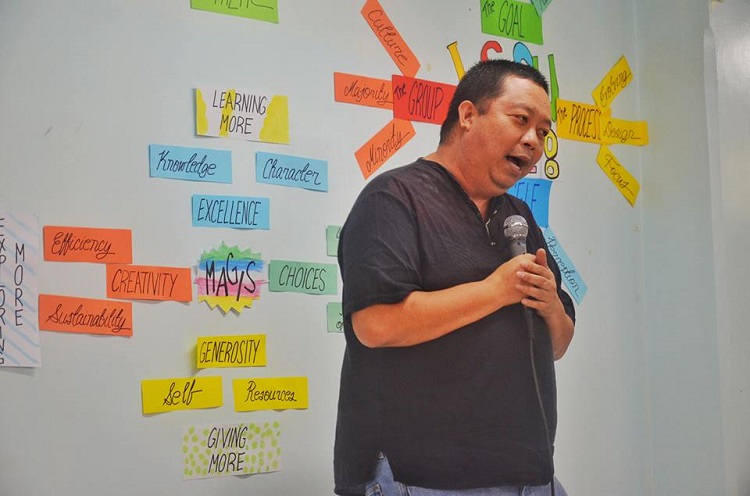 In Yasay’s program design, members of the JHS community were asked to reflect on what transpired in SY 2017-2018, both in the individual and community level.

In the individual level, the members sensed that although challenges have come and gone throughout the year, generally, the school year has been “light,” being able to cope with the challenges and having a more positive disposition. In various sharing groups, members of the community shared that they were able to feel God’s presence during their “high and low experiences.”

In terms of community life, they were asked to reflect on five main concern areas: Collective Performance, Shared Leadership, Felt Generosity, Communal Spirituality, and Collaborative Relationship. In the process, the community recognized the two strengths of the community, namely, Collective Performance and Collaborative Relationship. However, they were also humbled to realize that the area of Communal Spirituality is something that they need to work on more for the incoming school year, especially as JHS aspires to strengthen its Ignatian school identity.

At the end of the day, the whole community gathered together around a bonfire. According to Yasay, fire is a powerful symbol of authority. In ancient times, it was considered as an opportunity for men to gather and plan the direction of a certain conquest. As the whole community gathered around the bonfire, top JHS leaders were asked to share the direction of the community for the next school year.

It was a night of celebrating gratitude for a strong community and consoling forgiveness for the gaps and misunderstanding that happened along the way.

In her heartwarming speech, JHS principal Dr Pamela Pajente expressed her gratitude to the community, that even in the challenges of the school, the community members remained as “sources of strength and inspiration” for the school. 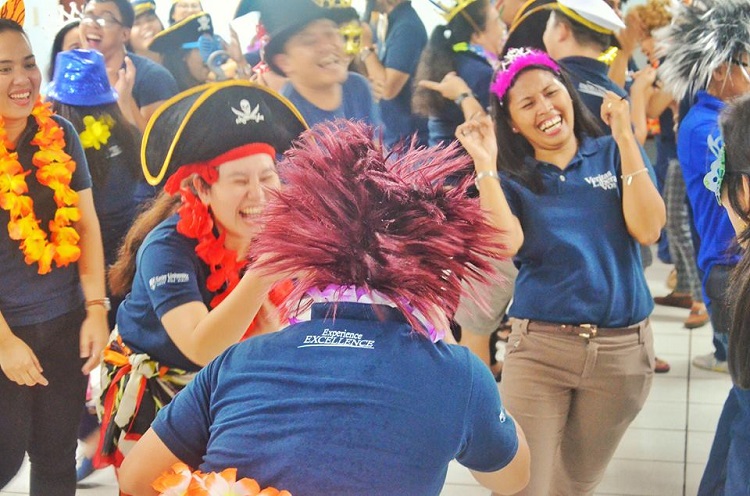 The second day of the ISEW was labeled as “preview day,” held at the Freedom Park of Malaybalay, Bukidnon. Members of the JHS community engaged in various simulation activities where they assess certain situations to prepare for SY2018-2019.

JHS had the ISEW-lympics, a friendly competition among ISEW groups. These games were instrumental to bring out wisdom from their experiences and attitude during the games.

After a whole day of games and fun, the whole community reflected on the framework of Magis as presented by Yasay, particularly on four areas: generosity, choices, excellence, and creativity.

Beyond the competition, the whole program design helped the community members to realize that achieving Magis is tough. However, collectively, it is possible to achieve it. Along with achieving their targets and goals, they find building relationships and community equally relevant to them. 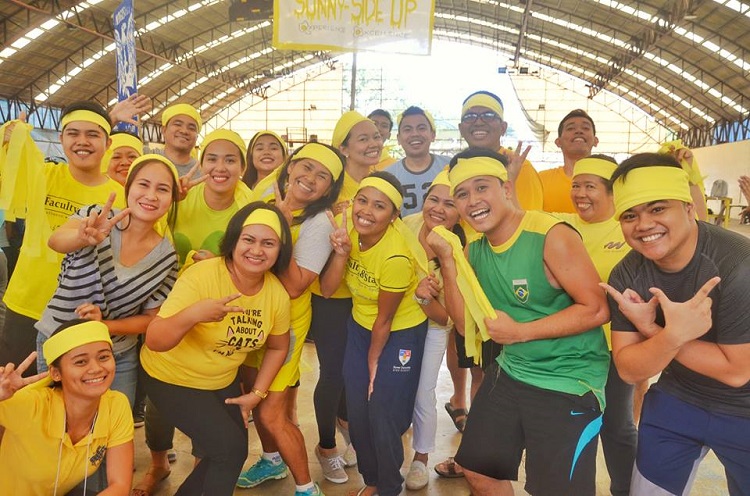 MAGIS AND SPORTSMANSHIP. Participants share their competitive spirits and smiles during the JHS ISEW-lympics. Supplied photo.

The last day was the opportunity to revisit the whole ISEW experience. Yasay made the community reflect on the energy level each one brought to the table before and during the times that the members started playing the games. Yasay pointed out that the shift in the level of excitement and preparedness of the community in playing the games was a reflection of their attitude and disposition.

This seems to be the same case in most of the organizations. But if any organization aspires to be in the “Magis Zone,” Yasay said that certain movements of going out from one's comforts must be made. He asked, “What does it take to be in the ‘Magis Zone’?”

To answer this, the team leaders of the ISEW-lympics used the four-pronged Magis Framework provided by Yasay.

For one, team leader Bonifacio Tariga mentioned the value of generosity. He said that the community would be able to reach the “Magis Zone” if one is able to be generous to other members of the community hoping that they too would be generous themselves.

Team leader Danilo Zapanta emphasized the importance of excellence by looking into the alignment of one’s goals to those of the institution. Thus, excellence would be achieved when people do not stop learning. In the process of pursuing excellence, character must be developed well.

Team leader Jocelyn Bangquiao talked about the importance of creativity in the context of Magis. She said that sometimes creativity happens when people do not only think of the targets and tasks but of the disposition and welfare of the community. Creativity can be sustained when there are community members that support one another’s ideas and actions.

Lastly, team leader Catherine Lozano pointed out the importance of choices to achieve Magis. She said that there must be a deliberate recognition of limitations and humility to move forward as a community. While there are a lot of areas that the JHS can improve on, the community recognized the need to revisit our shared spirituality and be rooted once again in the teaching of St Ignatius of Loyola.

The rich discussions on Ignatian Spirituality, most especially about Magis, motivated the community members to make certain commitments. Yasay encouraged the members of the community to choose a partner, who will serve as their coach for the school year to help them achieve the commitments they have set.

In the end, Yasay reminded the community members to give more to “the least, the last, and the lost,” to explore more frontiers, to learn more so that we can attain the truth, and to follow more closely the footsteps of Christ. These missions, he said, will help the Xavier Ateneo JHS community reach the “Magis Zone.”∎ 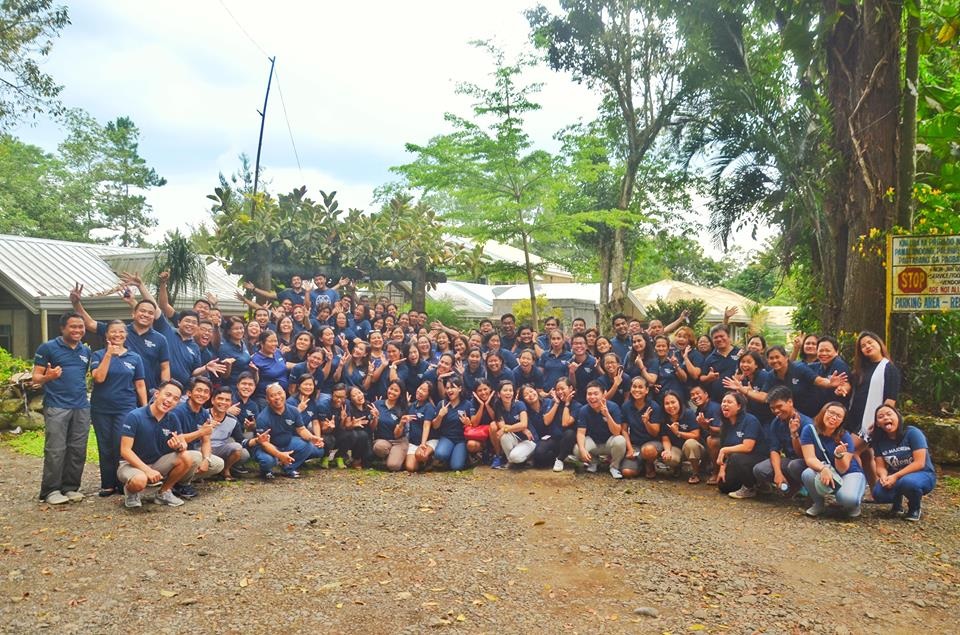