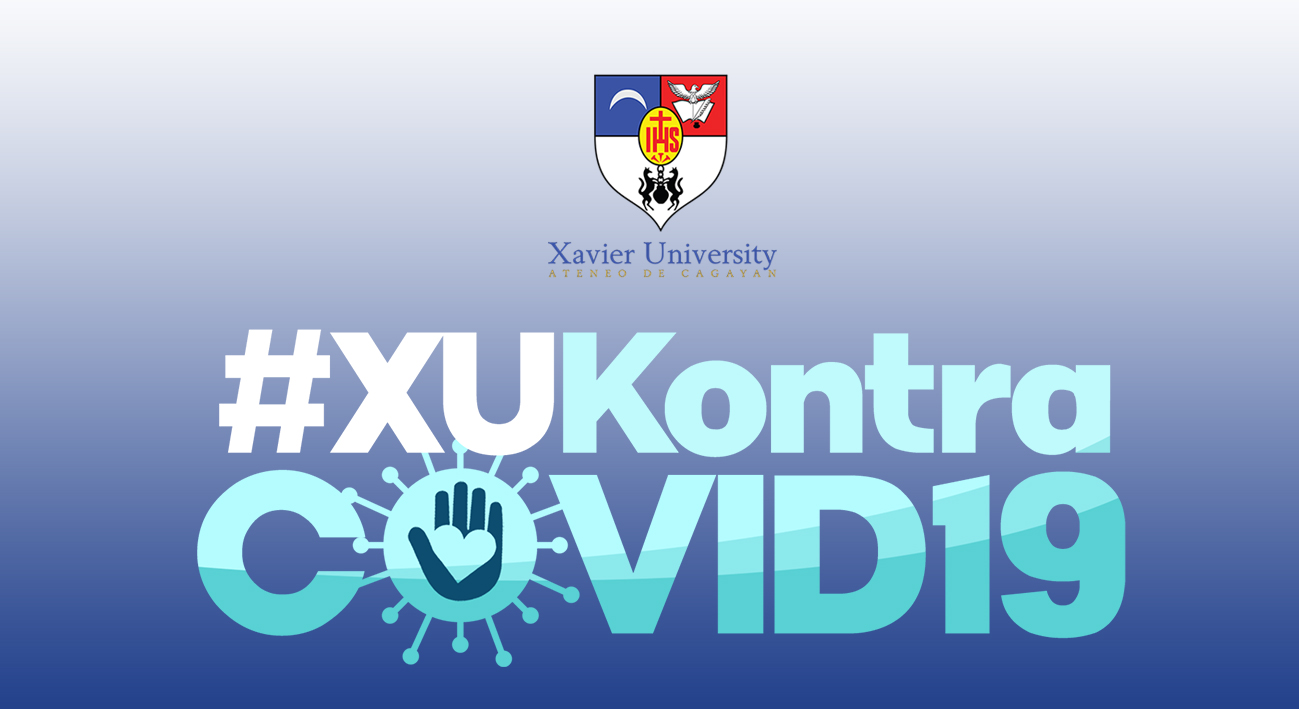 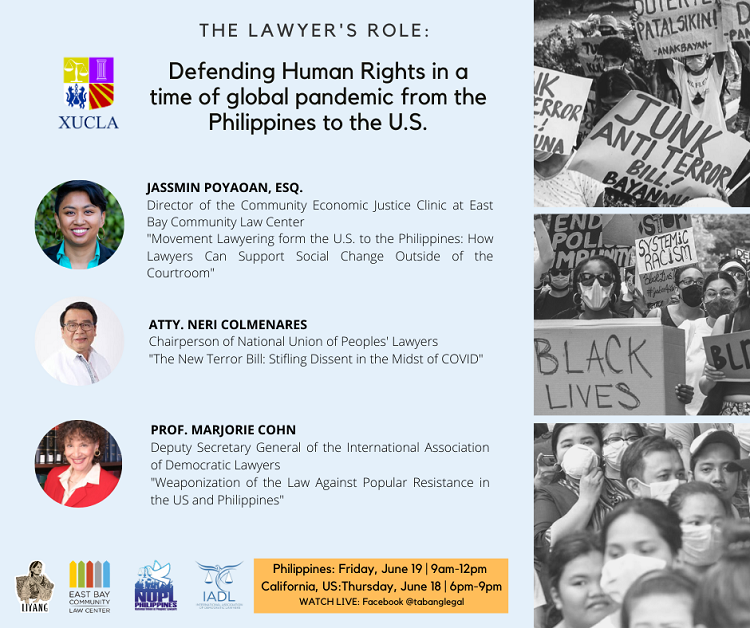 On June 19, Xavier University Center for Legal Assistance (XUCLA) went international with their legal education efforts and issue discussion by hosting an online seminar, “The Lawyer’s Role: Defending Human rights in a Global Pandemic from the Philippines to the United States.”

XUCLA organized the online seminar with Liyang Network, an advocacy network in support of the indigenous communities of Mindanao, and East Bay Community Law Center, a community-based legal clinic of Berkeley Law School in California. The National Union of People’s Lawyers - Philippines and the International Association of Democratic Lawyers also participated in the event.

In the words of Liyang Network, “the seminar discussed how governments have been fast tracking new laws to address the global crises brought by COVID-19. Yet, critics argue that these laws enable government harassment, intimidation, mass arrests, surveillance, and the criminalization of dissent. We explored these developments in both the Philippines and the United States through the lens of the Anti-Terrorism Bill and the Black Lives Matter Movements.”

The seminar had three segments. The first speaker Atty. Neri Colmenares, Chairperson of National Union of People’s Lawyers shed light upon “The New Terror Bill: Stifling Dissent in the Midst of COVID.” Atty Colmenares emphasized that the bill is “vague and overbroad for penalizing intentions or a state of mind which the government can define, instead of acts.” His talk then revolved around how this bill can be easily used to label activists as terrorists which is a dangerous threat to civil liberties.

Moving towards the situation in the U.S., the second discussion focused on “Weaponizing the Law Against Popular Resistance in the Philippines and the U.S” with the Deputy Secretary General of the International Association of Democratic Lawyers, Professor Marjorie Cohn. Highlighting similarities between the two countries when it comes to handling dissent, Professor Cohn shared: “in the Philippines, the government engages in red-tagging or political vilification which can lead to harassment, assault, detention, torture, or even murder, with targets mostly human rights activists and political opponents. Similarly, in the U.S., the police are specifically targeting legal observers who monitor demonstrations against racialized and political police brutality.”

Unifying the first and second topics, Jassmin Poyaoan, Esq., director of the Community Economic Justice clinic of East Bay Community Law Center, presented “Movement Lawyering from the U.S. to the Philippines: How Lawyers Can Support Social Change Outside the Courtroom”. To further engage in the fight against systemic poverty and racism, she advised volunteering in organizations that represent marginalized groups, supporting campaigns, and strengthening policy reform. According to Atty Poyaoan, “because although it is an uphill battle, organizations fighting for human rights and justice are leading the charge towards change”.

Encouraging everyone to protect and enforce their legal rights, XUCLA offers its “Tabang Legal” online initiative consisting of legal education campaigns and an online legal counseling platform. This helps individuals navigate through laws as well as provide information on their basic rights and remedies. You may reach them through their Facebook Page, @tabanglegal.